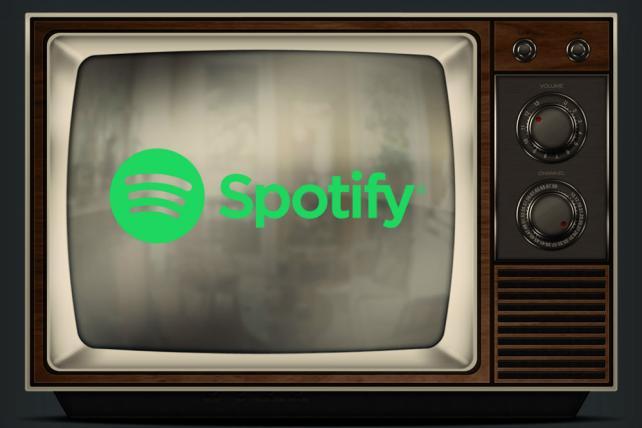 Spotify announced on Tuesday that people will be able to stream songs from the music service via Google's Chromecast connected-TV device, including a new version that was also unveiled on Tuesday. As with Spotify's deal with Sony's PlayStation gaming console, the music-streaming company is looking to bank double the value from the distribution deal.

First the streaming music service gets a marketing boost by being exposed to Chromecast's and PlayStation's customer bases, who may or may not already use Spotify or are loyal to a rival service like Apple Music. And second it gets a revenue boost, whether or not listeners on those devices subscribe to its $9.99-a-month ad-free service.

The Chromecast and PlayStation deals are the latest examples of Spotify looking to hardware manufacturers as distribution partners in order to build brand awareness and grow revenue. Two years ago the company introduced the Spotify Connect program that connects the music service with more than 100 hardware devices, so that people can stream songs through wireless speakers or even internet-connected lamps.

"We can create experiences that music can be more relevant, that help us grow our audience base and drive more listening and then help further monetize our business," said Spotify's VP of Global Marketing and Partnerships Erin Clift.

When it comes to ways Spotify can make money from these partnerships, the PlayStation and Chromecast deals introduce a new wrinkle. While Spotify Connect has been primarily aimed at subscribers of Spotify's ad-free service, people who listen to Spotify's free, ad-supported service are able to stream songs on PlayStation and will be able to do so on Chromecast because Spotify is connecting its ad business to those devices.

Spotify will be pooling listeners of its free, ad-supported service on Chromecast and PlayStation into their own respective ad-targeting segments. And when it comes to the PlayStation deal, advertisers will be able to target those users even when they're listening to Spotify on other devices. For example, a video-game advertiser would be able to specifically target PlayStation gamers when they're listening to Spotify -- and probably playing games -- on their desktop computers. Spotify will not be sharing the ad revenue with Google or Sony, according to a Spotify spokeswoman. The Chromecast ad-targeting option is in a testing phase for now, and it hasn't been determined whether brands will be able to target those listeners when they're using other devices, she added.

The ad-targeting option on PlayStation, in particular, appears to be Spotify's way of priming the pump before it plans to full-on court gaming advertisers next year. "This is the only platform where you're actually able to serve audio advertising into the television to people that are in real-time gaming," said Spotify's Chief Revenue Officer Jeff Levick. "And unlike most people that are trying to target gamers with some sort of lookalike where they might be gamers, these are actual gamers in actual games."

Since becoming available on PlayStation in March 2015, PlayStation customers have already downloaded Spotify to their gaming consoles more than 5 million times and have spent in aggregate more than 100 million hours listening to Spotify on the gaming console, according Spotify's Global Head of Advertising Sales Brian Benedik.

The marketing boost from Spotify's growing list of deals with manufacturers should help the company as it faces its stiffest competition yet in Apple Music, which launched in June 2015 and offers a similar on-demand, ad-free music listening service for $9.99 a month but without a free, ad-supported tier. Mr. Levick said that Apple Music's debut hasn't had a negative impact on Spotify's business as people are spending more time listening to music on Spotify.

"Listening in the living room is a very big use case for music," Ms. Clift said. Asked whether Spotify plans to further grow its living room footprint with an app for the upcoming version of Apple TV, Spotify execs deferred to a spokesman who declined to comment on any plans.