Marketers Should Cut Ties With Publishers That Carry Excessive, Intrusive Advertising
READ THIS NEXT
You Can't Stop Instagram Bots by Looking. Brands Have to Stop Buying Them

Until recently, publishers have absorbed the losses caused by ad blocking, and they have understandably been the most vocal in calling for a response. But the challenge that ad blocking presents to the advertising ecosystem is not one that publishers can meet alone.

Last summer, PageFair reported that ad blocking was expected to cost publishers $22 billion in 2015, and ad blocking usage had grown by 41% over the previous year. And just last month, eMarketer reported that this year, nearly 70 million Americans will use an ad blocker, a jump of 34.4% over last year. Next year, that figure will grow another 24.0% to 86.6 million people.

The message is clear: Ad blocking is on the rise and shows no signs of disappearing. The reality is sinking in, and not just for publishers -- brands, agencies and technology providers now realize deeper issues at play.

Marketers must act now
In June, GroupM "strongly discouraged" publishers to serve ads to people with ad blockers. "Let's fix the user experience first," said John Montgomery, chairman of GroupM. This might be the first missive to rouse the industry.

Since we're still early in the process, the ad world has been complacent in part because advertisers aren't yet directly affected. True, they're losing access to their audience, but it's hard to measure the full impact. Today, publishers are the worried ones scrambling for solutions.

Right now, advertisers might not notice or absorb the threat of blocking. But they are expressing that they are losing access to a key segment (millennials) and perhaps even an entire generation of internet users. In the long run, advertisers want to reach these blockers but can't.

While advertisers aren't having trouble with impressions, many important target consumers are slipping through the cracks. A few years down the road, advertisers will wish that they had taken a more proactive approach to stem the tide. As evidenced by fraud and viewability, a serious response will only take place if marketers realize the risks and act now.

Some say rates aren't affected. Based on my previous work at DoubleVerify, I can attest that rate stability is due to fraud. As soon as prices go up, fraud kicks in. This expands the inventory and levels the CPM, but it poses a threat to the pristine audience. That fraud has diluted the pot in this way reduces advertisers' exposure to inventory crunch, and forestalls their serious response to the issue.

Regardless, too many ads -- jammed in and taking over the page -- are driving users to ad blocking. The industry thinks that better ads are the solution. The IAB's LEAN initiative to reduce page load times subscribes to this point of view.

The trouble with LEAN is that it tries to fix the advertising experience at the level of an individual ad. But users don't experience ads one by one; the totality of the interruptive experience leads people to block. LEAN won't be adopted widely enough or quickly enough to change for users. Furthermore, LEAN ads are not immune to abuse by publishers and advertisers; too many LEAN ads on one page, interrupting content and slowing the page down, will still lead users to block.

If the past is any guide though, at some point advertisers will demand a real solution. If the "make better ads" approach isn't working fast enough, what will?

A peace-based solution: fewer ads
I believe the answer is a "peace-based" solution. That is, instead of threatening lawsuits or pursuing a technical fix, the ad industry should address the root of the problem of too many obnoxious ads that compromise the user experience and threaten privacy.

Shifting away from this paradigm of interruptive advertising requires not just action from publishers, but steady pressure from marketers. Ad blocking is virtually the only direct point of leverage that users have over the ad experience.

Marketers carry the biggest stick: They can cut ties with publishers who use excessive, intrusive or privacy-violating ads. Advertisers can choose to only work with publishers who show three ads per page. The impact of that would dwarf anything that ad-blocking users can do on their own.

Advertisers drive action in our industry. We need a comprehensive response to address the unsavory practices at the root of blocking itself. The time is now. 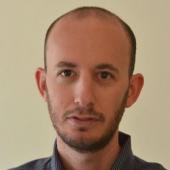 Roy Rosenfeld
Roy Rosenfeld is CEO of Stands, which develops Fair Adblock.
View all articles by this author