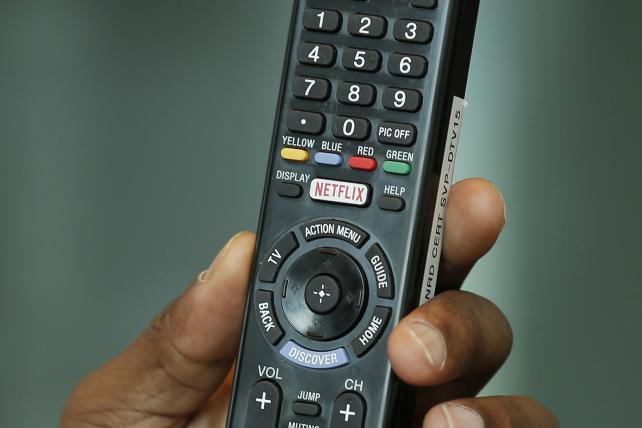 The erosion of linear TV ratings is largely a function of unlimited choice in the everything-on-demand era, and if sheer tonnage of content is anything to go by, the traditional broadcast and cable networks are in danger of being buried by the streaming giants altogether.

According to an annual survey commissioned by FX, a record 495 scripted series are currently in circulation across ad-supported TV, premium cable and streaming services such as Netflix and Hulu. Not only does that mark a 42 percent increase in the number of shows available since five years ago, but old-fashioned TV production for the first time has been eclipsed by the streamers.

As FX's research team points out, streaming services in 2018 pumped out 160 scripted shows, outstripping the output of the broadcast nets (146) and the likes of FX, AMC and TNT across ad-supported cable (144). Premium cable, the HBOs and Showtimes on the dial, generated 45 scripted series this year.

Streaming series now account for nearly a third (32 percent) of all scripted content developed for TV, with broadcast distributing 30 percent of the load and ad-supported cable playing host to 29 percent. Premium cable's scripted offerings make up 9 percent of the overall content barrel, a relative deficiency born of schedules that remand almost all of the original projects to a single night. (HBO, for example, all but owns Sunday nights when "Game of Thrones" is in session.) 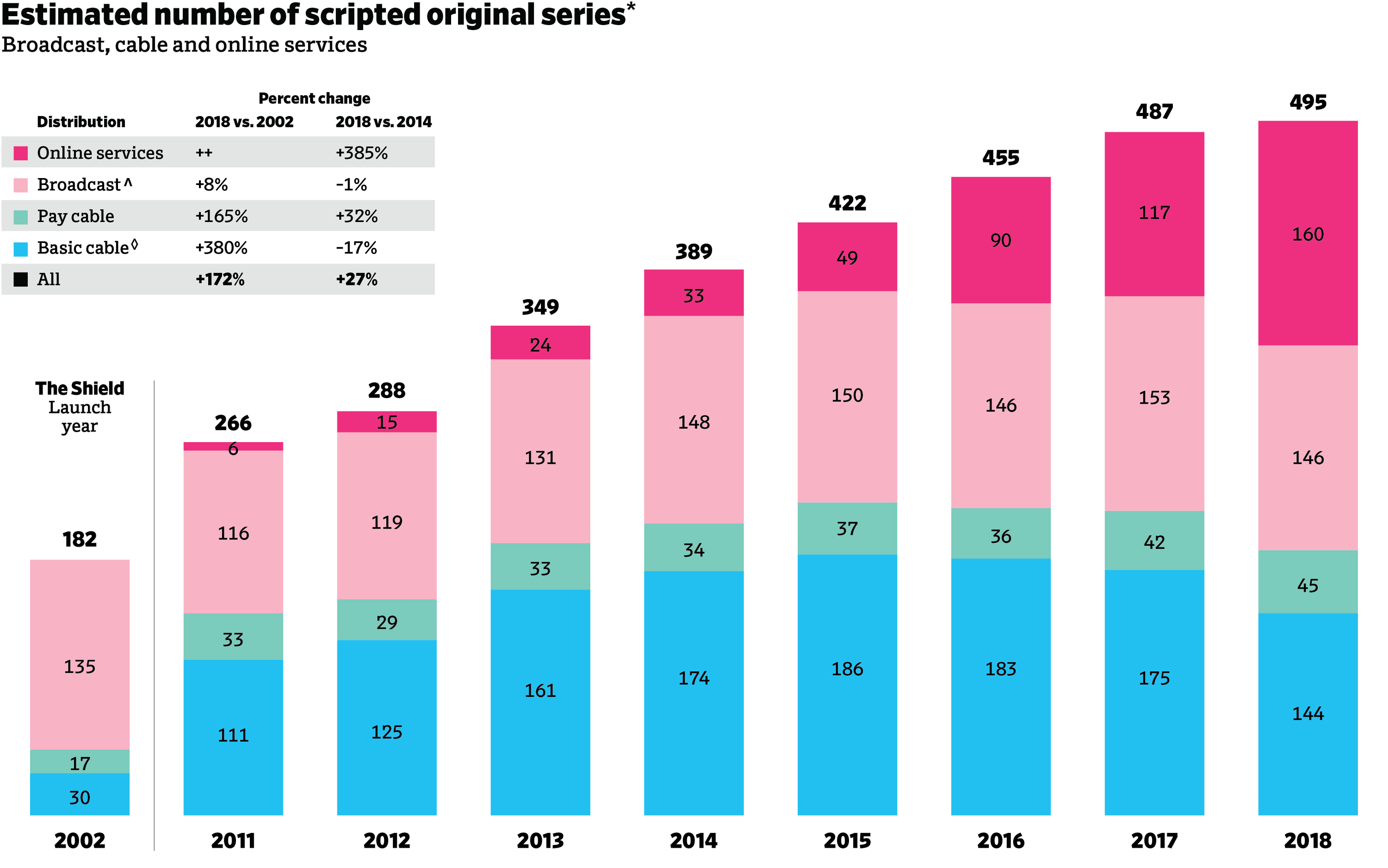 If FX Networks CEO John Landgraf's oft-cited 2015 prediction that "Peak TV" would collapse under its own weight hasn't quite come true—production is decelerating only slightly. This year's haul is 7 percent more ponderous than that of 2017; when Landgraf first issued his warning about the perils of content overload, the year-to-year increase was 8 percent—he's been correct about pretty much everything else. Consumers aren't so much basking in a golden age of television as they are enduring a gold-plated age; for all the caloric increases (the number of streaming titles in the last 12 months has increased 38 percent), much of the stuff in offer doesn't exactly rise to the level of "The Sopranos" or "Cheers." For every "BoJack Horseman" Netflix produces, there are 20 eminently forgettable shows like "Everything Sucks!" and "Iron Fist."

If the allure of all the novelty on display at the free-spending Netflix, Hulu and Amazon is responsible for eating into linear TV's cachet, advertisers looking to reach significant concentrations of adults 18-49 are still beholden to the tube. As much as media buyers have expressed interest in placing their clients' advertising in such streaming shows as "Stranger Things" and "Homecoming," the Netflix and Amazon business model doesn't accommodate commercial interruptions.

(Of course, if Netflix suddenly reverse course and introduced an ad-supported tier, it would also be forced to disclose the size of the audience it reaches with each of its original series—something the company has demonstrated zero interest in providing.)

Provided they have deep pockets, advertisers who turn to network TV for reach have the option of buying in-game spots in NFL broadcasts and snapping up inventory in a handful of hit shows such as "This Is Us" and the exiting "Big Bang Theory." Given the way pretty much everything else on the dial serves up incredibly shrikinging audiences, marketers must resign themselves to making multiple buys across various programs and time slots in order to cobble together their GRP targets.

Season-to-date, broadcast C3 ratings are down 10 percent compared to the year-ago period, and deliveries for the scripted series are so depressed that there is no very little daylight between the highest- and lowest-rated networks. Take sports out of the mix, and NBC's primetime C3 average is currently a 1.3 rating, which works out to around 1.68 million adults 18-49. Fox is in second place, with a 1.2 rating, followed by CBS (1.1) and ABC (1.0).

Ad-supported cable delivers even fewer impressions than broadcast TV, as the average C3 rating for the scripted shows on FX, AMC and TNT is a little shy of a 0.5 in the demo.

Thus, while advertisers have an unprecedented number of scripted series in which to promote their wares, the atomization of the American TV audience continues to make buying airtime and meeting budgeted GRPs something of a patchwork process. Unless you have NFL money kicking around, in which case a single 30-second spot in the 4:20 p.m. window on Fox/CBS will pay off in as many impressions as if you'd bought 10 spots in "American Horror Story" or 15 spots in "Better Call Saul."