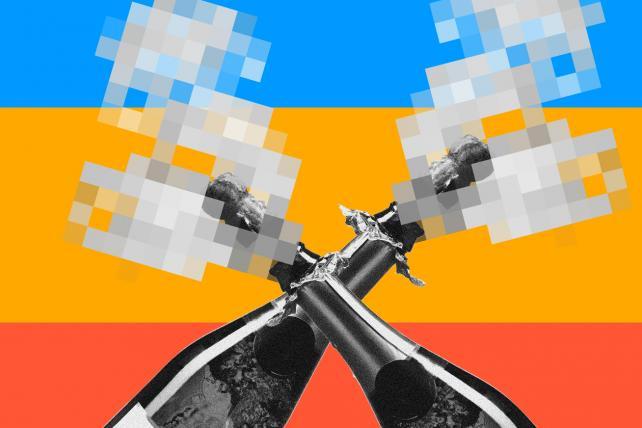 EDITOR'S NOTE: For 2019, we've expanded our annual publishing-industry honors program. It's now known as the Ad Age Publishers A-List and it includes the traditional Magazine A-List, a new Digital Publishers A-List and three shortlists of honorees in growth areas for publishing: events (below), audio/podcasting and video. Read the introduction and find links to the other portions of the package here.

The Atlantic for AtlanticLIVE (Emerson Collective)

The events division of The Atlantic (see also: our Digital Publishers A-List), AtlanticLIVE says its mission is "to bring journalism to life" and "gather top thinkers and leaders to engage audiences in person." It does all of that brilliantly in the form of marquee events including the seven-day Aspen Ideas Festival (hosted with The Aspen Institute in Aspen, Colorado every June, and drawing the likes of Bill Gates and International Monetary Fund chief Christine Lagarde) and one-day intensives such the "Water Summit" held in New York in November and the "Constitution in Crisis" conference in D.C. in October. AtlanticLIVE has been on a tear, exceeding its 2018 revenue goal by 20% and planning a growing slate of programming for 2019 with the help of an expanding staff bankrolled by ambitious new-ish (since 2017) majority owner Emerson Collective.

The newest media company in the entire Publishers A-List package (see also: Digital Publishers A-List), Axios has been relentless in building out a compelling series of policy-focused one-off events ("News Shapers: Criminal Justice Reform," "The Road Forward: The Era of Autonomous Vehicles") in D.C. and around the country (e.g., "Hometown Tour" events in Los Angeles, Denver and Savannah, Georgia) that attract Members of Congress, mayors, governors and key business leaders.

The events-producing sibling of The California Sunday Magazine (see also: Magazine A-List), Pop-Up Magazine has been bringing an editorial/curatorial sensibility to the stage since 2009. The idea from the start was to bring various storytellers—journalists, filmmakers, podcasters, musicians, visual artists and more—together to present to audiences in one-night-only events. Word-of-mouth has been so strong that Pop-Up Magazine shows have sold out venues ranging from Davies Symphony Hall in San Francisco (Pop-Up Mag's hometown) to the BAM Howard Gilman Opera House in Brooklyn. In late 2018, having sold tens of thousands of tickets over the years, the Emerson Collective bought Pop-Up and its print counterpart. (Tickets for the "Winter Issue"—coming to Los Angeles, Oakland, New York, Washington D.C., Atlanta and Austin—are on sale now.)

The events spin-off of Complex, the youth-culture magazine-turned-digital-platform founded by Marc Ecko (and owned since 2016 by a Verizon and Hearst joint venture), ComplexCon calls itself not only "an expertly curated convention and festival bringing the world of Complex to life" but "our generation's World Fair." If you're skeptical of that kind of hype, consider that ComplexCon enlisted the likes of artist Takashi Murakami and musician Pharrell Williams (who served as cultural director/executive chair) to help mastermind the Nov. 3-4 edition in Long Beach, Calif., which drew an audience of more than 60,000. Next up: ComplexCon Chicago (July 20-21).

In January 2018, iconic African-American women's magazine Essence was acquired from Time Inc. (just as Time Inc. was getting acquired by Meredith Corporation) by Sundial Brands founder Richelieu Dennis. While the new owner has been putting his stamp on the company—for instance, in October Moana Luu was named chief content officer—its events division continues to hum along as a massive moneymaker (Coca-Cola is the marquee sponsor) and unparallel cultural force. The 24th annual Essence Festival, held July 5-8 in New Orleans, combined conference expos and panels with sold-out concerts (Janet Jackson, Mary J. Blige, The Roots, Erykah Badu, Jill Scott and more than 100 other artists across multiple stages). The overall live audience topped half a million over five days (give its daily average of 130,000 attendees, Essence Festival outranks the likes of SXSW and Coachella), with millions more sampling the proceedings thanks to livestreams across Facebook, Twitter and YouTube.