How creators are preparing for Web3 and the metaverse

Web3 headlines pervade all industries and are particularly prevalent in the media and advertising space. While early adopters may have a reputation as “bro-tech,” She Media’s POV is that the elements of Web3, even in their earliest forms, are relevant to today’s content creators—bloggers, publishers, influencers and independent creators.

To be sure, there is still plenty of confusion about this evolving world. A Gartner survey taken during January 2022 of 324 consumers identified where the everyday American is on the metaverse awareness spectrum. The survey found that 58% of respondents have heard of the metaverse but don’t know what it means, or think they understand it but would struggle to explain it to someone else. Only 6% identify as being comfortable enough in their understanding of the metaverse to explain it to others.

And creators themselves might be unsure and even wary about it. After all, current social platforms invite creators to publish within their walled gardens, ensuring that they, the platform owners, will profit on every unit of content published. Social platforms absorb ownership of both creators’ content and audience data, and the creator’s audience data feeds the algorithms that target both content and advertising to platform users, eliciting the greatest number of addressable ad impressions for the platform. In short, social platforms are built to profit the shareholders on the backs of the content creators.

If a social algorithm redefines the way in which it surfaces content or values creators, the creator could lose her or his audience and monetizable traffic overnight, without clear recourse to rebuild his or her earning power.

The move to creator 3.0
But the value of the metaverse to the creator economy is becoming clearer. The metaverse provides deeply immersive experiences in which users can interact, transact and engage almost as intimately as they can in "the real world.” Creators and fans will collaborate to create mutual earning opportunities. Tokens and NFT exchanges present the most accessible concepts for creator value generation, as they both leverage Web 2.0 dynamics.

On March 13 at SXSW, on the She Media + Rolling Stone’s “Change Maker” stage, Alexis Ohanian, founder of Seven Seven Six and Former Executive Chairman of Reddit, made the point that, “Web3 is an intersection of culture and commerce that smart contracts unlock.”

A real opportunity
Of course, it’s appropriate to caution the assumption that a majority of publishers will succeed in generating revenue via the NFT economy. We have to consider what brands and assets are collectible and what products are able to generate demand. Luckily, creator experimentation does not require significant investment, and some advertisers are leaning in with support.

“We are building a new economy around creators and fans,” said Rachel Weiss, early adopter of all things blockchain and current Partner at L’Oréal’s BOLD Ventures. “I am most excited about the opportunity to empower the communities themselves.”

Ohanian believes that brand dollars will follow the women based on the power of their collective influence.

“In the U.S. Open last tournament ... women crushed the men's viewership,” Ohanian said. “When given the opportunity to be seen, the audience shows up. And the money should follow. They should get paid more than the men.”

To understand what creators themselves are looking for, She Media fielded a brief survey of the She Media Collective publishers; 60 publishers responded, half of whom consider themselves social influencers.

When asked “How well versed do you feel you are in Web3 topics such as NFTs, cryptocurrency or the metaverse?” 20% replied that they are very into it and actively engaged in one or more. In addition, 28% said they know a little bit, but want to be better informed. But the largest portion, nearly half feel like they should know more, but aren't sure where to start.

When asked if they “have created an NFT or are interested in learning how to,” 14% said they already have, and the majority, 78% said they would consider it.

Only 15% of She Media’s respondents said they have already begun accepting payment for their work in cryptocurrency, and another 44% would consider it. But a solid 40% took the opposite view, saying they would not consider it at the moment.

Ophira Edut, co-founder of She Media Collective site Astrostyle.com and The AstroTwins brand, responded, “To the creator of an online community, the metaverse CAN sound both scary and exciting. On the one hand, indie publishers have poured thousands of dollars and hours into building our platforms—so the idea of an entire new technology disrupting that is not entirely welcome news.”

“Once we wrap our heads around the metaverse,” Edut added, “we can see that it’s simply a new, rich way to bring our communities together no matter where they live. Artists and creative people can retain rights and earn royalties in ways that Web 1.0 and 2.0 failed to provide. So there’s much to gain by staying ahead of the curve.”

Overwhelmingly the survey respondents said they would look to She Media for help in educational resources, for practical application and recommendations for how-to, as well as monetization opportunities.

Clearly there is interest. And the community of creators, like those in the She Media Collective, is poised to begin adopting elements of Web3. She Media is prepared to usher them through the learning and monetization process.

She Media is a a top-5 Lifestyle reaching over 100 million monthly visitors (per comScore). She Media focuses on the power of content to move our culture forward through the celebration of passion and purpose. We believe that media companies can and should be a force for good in the world. Ranging from food and family to health, career and entertainment, our rich collection of content is curated from thousands of diverse sources. Composed of a community of creators and hand-picked publishers within the She Media Collective and the flagship brands, SheKnows, BlogHer, Stylecaster and Soaps, we produce digital and live media content that connects and inspires millions. 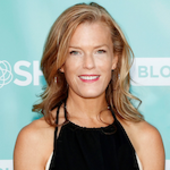 Samantha is CEO of She Media, a lifestyle media company that was acquired by Penske Media Corp in 2018. With 25 years’ experience leading innovation in digital media and technology at Disney, CNET, Interactive Imaginations and Recyclebank, Samantha serves on the board of directors for The Ad Council, the World Surf League and Acast, the No. 1 podcasting platform in Europe. She serves on the advisory boards of Digital Ascendant, Fyllo Compliance Cloud and The Bronx Academy of Letters. Samantha holds a BA in comparative literature from Hamilton College where she now serves as chair for the Hamilton Career Network.