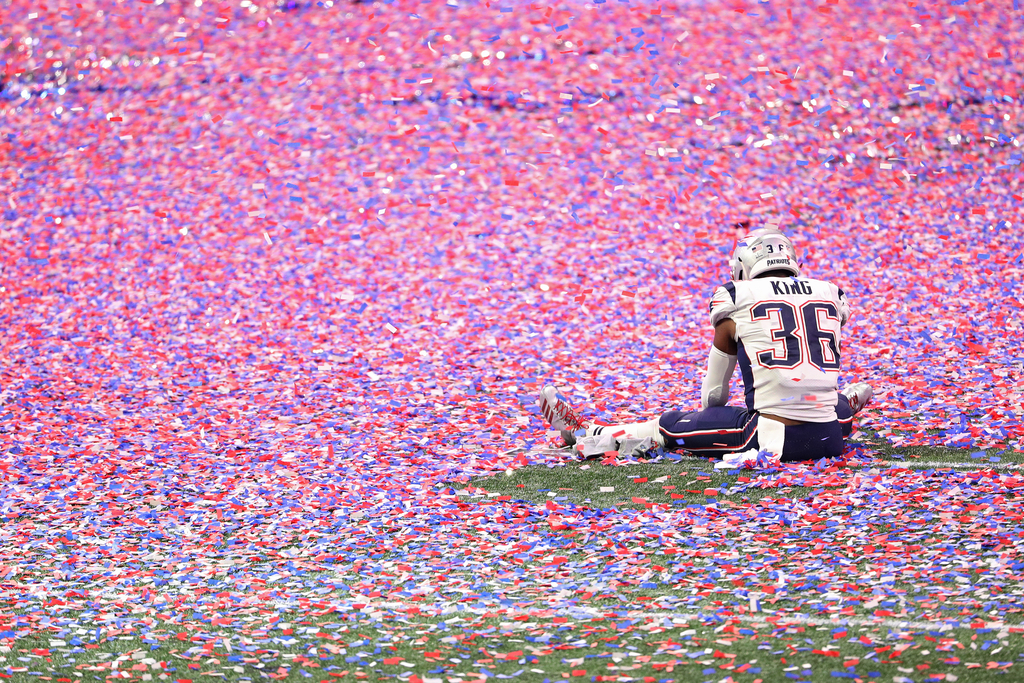 The NFL and Fox are going to change the way Americans watch the Super Bowl, but unless you’re an advertiser who buys a spot in the Big Game, odds are you may not even notice the new wrinkle.

Fox, which will broadcast Super Bowl LIV from Miami on Feb. 2, 2020, has agreed to apply the so-called “four-by-four” ad pod format to the year’s most-watched event. Resurrected in 2016 after a 30-some-odd-year hiatus, the streamlined commercial structure eliminates one of the five scheduled ad breaks in each quarter, reducing the overall number of in-game marketing windows from 20 to 16.

Naturally, the NFL isn’t asking Fox or any of its other TV partners to sacrifice 20 percent of their ad units to the gods of hustle. While the four-by-four scheme is meant to cut down on the number of scheduled interruptions in gameplay, the actual commercial count does not get reduced—nor will it in the case of Fox’s ninth Super Bowl broadcast. By simply reallocating a spot or two to the surviving 16 breaks, the networks effectively carry the identical ad loads of the pre-four-by-four era.

While advertisers haven’t had time to process the full implications of the plan—marketers are being briefed on the decision as this story gets published—the compressed ad schedule is familiar to any CMO who has bought time in an NFL broadcast at any point in the last two seasons. That said, when you’re spending north of $5 million on 30 seconds of airtime (and another $10 million or thereabouts on production costs), any alteration of the playbook is cause for reflection.

Here’s where Fox’s Super Bowl experiment could get a little sticky:

1) There goes the neighborhood: As much as the networks are unswerving in their marshaling of content adjacencies and category exclusivity, certain outside factors can make pod maintenance more challenging in some years than in others. For example, back in 2012, when post-recession automotive spend threatened to all but inundate NBC’s presentation of Super Bowl XLVI, sports sales boss Seth Winter—now Fox Sports’ ad sales chief—revealed that he was having a bit of a tricky time trying to Tetris all the motor vehicle spots into place without running two ads from the category in a single pod. Winter ultimately managed to slot all 13.5 minutes of auto commercials without breaking the unwritten exclusivity rule, but then again he had the luxury of airing four more breaks than what he’ll be working with this time around.

If auto as a category is to present similar overcrowding issues in February, Fox will have to see a much more concerted effort from the stateside vehicle manufacturers. Not a single ad from Detroit’s Big Three (Ford, General Motors, Fiat Chrysler) aired during CBS’s presentation of Super Bowl LIII, and if that sort of dynamic holds true this season, Winter and his team aren’t going to have to do a lot of shuffling.

In the event that a traffic jam is in the offing this year, it’s possible that some concessions can be made on the taxonomy front. A luxury sedan does not exist in the same psychic space as a 420-horsepower pickup truck designed to haul a half-ton of gravel to Hell and back, or whatever it is you’re supposed to do with one of those steel-framed behemoths. As such, the convention of keeping some distance between cars and trucks for the sake of pod exclusivity may be more than a bit outmoded.

2) Clutter Island: If there’s one thing that drives clients dotty, it’s clutter, although commercial-retention studies suggest that a relative reduction of elbow room in the breaks isn’t likely to spoil the Big Game experience for brands or viewers. Network research into the four-by-four format suggests that fewer commercial interruptions lead to higher viewer-engagement levels, which in turn serves to improve retention during the breaks. Not that the average Super Bowl ad has ever been in danger of losing viewership to the tyranny of the bathroom break; as the only TV program that still retains nearly 100 percent of its audience during commercial time, anecdotal evidence would seem to indicate that the NFL title game draws a healthy portion of its viewership from the ranks of Americans who are primarily interested in the ads.

For his part, Winter doesn’t seem too concerned about how advertisers will react to the new-ish format. The break structure is no longer a novelty—in fact, this isn’t the first time a Super Bowl broadcast will feature the fatter pods. Back in the early 1980s, when the NFC regularly beat the mortal snot out of their AFC foes, CBS and NBC ran the four-by-four formation. Time is a flat circle, and eventually leather helmets, single-bar face masks and the wishbone offense will be back in vogue. Or maybe not.

In any event, the decision to bring the four-by-four back into the fold during America’s great marketing holiday was mutual. “This wasn’t a dictum handed down by the NFL to us,” Winter says. “We had a very collaborative conversation with the league about what we might do to help improve the viewer experience.”

If nothing else, the four-by-four format has all but eliminated the justly maligned “double-up” interlude, network argot for the practice of cutting to a second commercial break immediately after the kickoff that follows an extra point attempt. According to NFL bookkeepers, the year before the break reduction was implemented, viewers were forced to contend with more than 500 of these instant–déjà vu interruptions. In 2017, the first full season under the four-by-four rule, fans were made to endure fewer than a dozen double-ups.

The Fox-NFL announcement comes on the heels of the league’s record-setting 2019 draft and just 10 days before the network will host its annual upfront presentation from New York’s Beacon Theatre.

Marketers looking to invest in Super Bowl LIV are advised against dragging their feet; always eager to start cutting deals, Winter has been open for business since he moved into his new office back in January.