What You Need to Know About the Insane Crisis at Newsweek 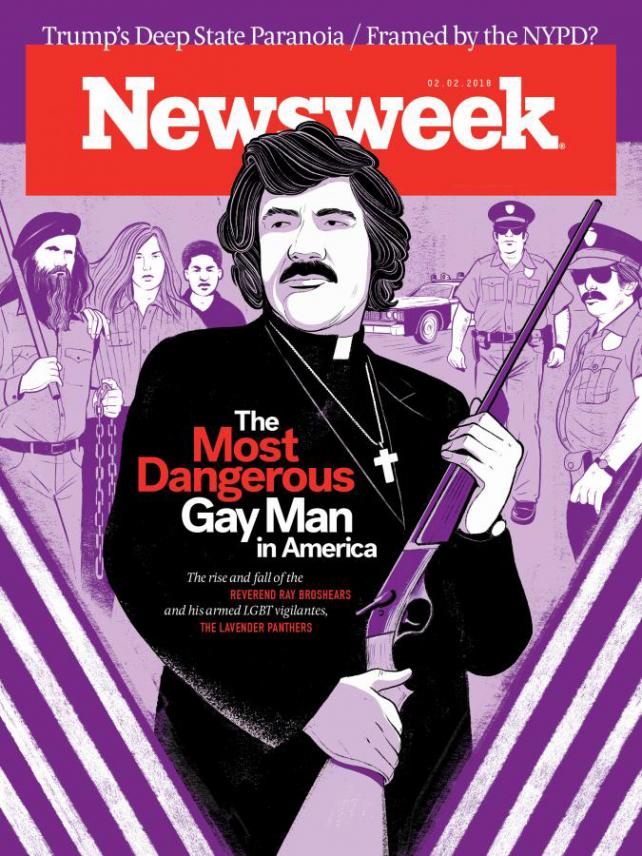 So I heard that the editor-in-chief of Newsweek and some other staffers got forced out on Monday. Sudden dismissals are hardly unusual in the media world. What makes this an "insane crisis," as your breathless headline puts it?
Basically, Newsweek is losing its top editorial leadership as its parent organization, the Newsweek Media Group, is facing a government investigation and, essentially, an existential crisis.

First, the specifics. The New York Post takes the most direct approach with its headline in this morning's paper: "Newsweek fires top editors covering probe into parent company." The Post's Keith Kelly writes that on Monday, Newsweek fired Editor-in-Chief Bob Roe, Executive Editor Ken Li and reporter Celeste Katz, who had been ...

On Jan. 18, Katz had been one of the Newsweek reporters who, along with Josh Saul, reported on that day's bizarre turn of events. In a post headlined "Newsweek Raided by Manhattan DA in Long-Running Probe," they wrote,

Investigators for the Manhattan district attorney raided Newsweek's offices on Thursday, removing 18 computer servers as part of a long-running probe into the company's finances, according to witnesses. The investigators, armed with a search warrant, took photographs and gathered information about the servers and their capacity, according to sources close to the matter. ... At about 4 p.m., investigators removed servers and loaded them onto a cart and into the freight elevator of the company's lower Manhattan offices. The servers they took were not being used, and Newsweek's working servers remain operational in the company's building.

Whoa
Yeah. And keep in mind that just last week, Newsweek Chief Content Officer Dayan Candappa was placed on leave by the company following the Jan. 29 publication of a BuzzFeed investigation ("A Top News Editor Was Fired After Sexual Harassment Allegations — Only To Land As An Executive In The Same Industry," by Rossalyn Warren). And BuzzFeed didn't stop there. Last Thursday, it ran a story by Craig Silverman headlined "The Publisher of Newsweek and The International Business Times Has Been Buying Traffic and Engaging in Ad Fraud" (subhead: "Several of Newsweek Media Group's business websites are buying and manipulating traffic that originates on pirated video streaming sites. The company acknowledged buying traffic, but denies engaging in ad fraud").

That same day, CNN reported that Etienne Uzac and Marion Kim, "the co-owner and chairman of Newsweek Media Group and his wife, who acted as the company's finance director, are both stepping down from their posts."

So it sounds like things have been a mess for a while at Newsweek
That's an understatement. As the publication's Josh Saul and Celeste Katz reported in their Jan. 18 story about the government raid,

A grand jury investigation of Newsweek Media Group, formerly known as IBT Media, has been ongoing for at least 17 months, according to a source familiar with the matter. The probe was likely looking at loans the company took out to purchase the servers. ... The company has a rocky financial history. Digital publisher IBT Media bought Newsweek from IAC, an internet and media company, in 2013, and it missed payroll and laid off large numbers of employees in 2016. ... IBT Media has faced questions about its relationship with David Jang, a South Korean pastor who leads a Christian sect called "the Community" and founded a small Bible college called Olivet University, according to a 2014 Mother Jones report.

That Mother Jones story, by Ben Dooley, was headlined "Who's Behind Newsweek?" Dooley wrote at the time that,

Olivet and IBT are linked to a web of dozens of churches, nonprofits, and corporations around the world that Jang has founded, influenced, or controlled, with money from Community members and profitable ministries helping to cover the costs of money-losing ministries and Jang's expenses. Money from other Community-affiliated organizations also helped fund IBT's early growth. ... Jang sees Community-affiliated media organizations, including IBT, as an essential part of his mission to build the kingdom of God on Earth. He has said that media companies affiliated with the Community are part of a new Noah's ark designed to save the world from a biblical flood of information.

What happens now?
We'll probably see more high-profile resignations following that of veteran Newsweek writer Matthew Cooper, who on Monday tweeted a copy of his farewell to management—or "reckless leadership," as he described the publication's corporate overlords:

Newsweek chaos: @Hadas_Gold on the @Newsweek fallout, including my resignation. https://t.co/DLpH7zsRdk. My letter below. pic.twitter.com/gMdjrnFpVl

For its part, the Newsweek Media Group has issued a statement saying that it doesn't comment on "personnel matters."

So basically the wheels have totally fallen off the bus at Newsweek.
Well, the wheels have been falling off the legacy-media bus for years now, but once-mighty Newsweek's current situation demands a whole new level of meltdown-related metaphor. How's this?: The government recently raided the bus and hauled off parts of it, and now the bus not only seems to be missing all its wheels, but it has unceremoniously jettisoned its driver—while, somehow, speeding toward a cliff.