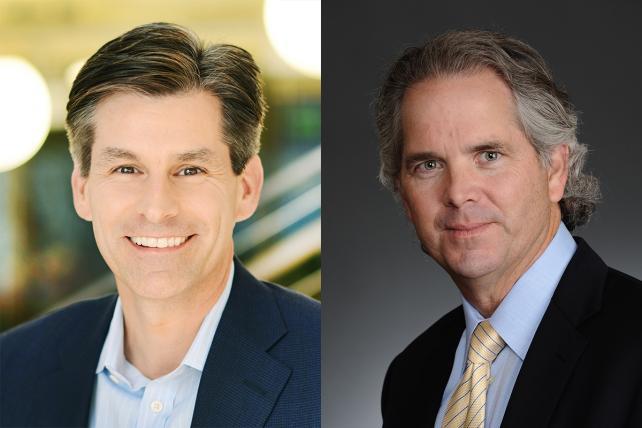 Top executives from Hulu and Fox Networks Group are departing for new roles.

Hulu CEO Mike Hopkins, who took the reins at Hulu in 2013, is leaving to become chairman of Sony Pictures Television, where he will oversee all TV production, distribution and marketing operations globally. He fills the role left vacant when Steve Mosko left last year. Hopkins will start in late November and report to Tony Vinciquerra, chairman and CEO of Sony Pictures Entertainment.

At Hulu, Hopkins will be succeeded by Randy Freer, who has been president and chief operating officer at Fox Networks Group since 2013. Fox did not immediately name a successor to Freer.

Freer, who spent two decades at Fox, joins Hulu following its massive success at the Emmy Awards with "The Handmaid's Tale" and introduction of its internet-delivered live TV service. Hulu is jointly owned by Fox, Walt Disney and Comcast's NBC Universal. It said in May 2016 that it had 12 million subscribers, but stopped reporting subscribers after that in order to emphasize audience.

"With multiple profiles per subscription, and with a good portion of our revenue coming from advertising, we transitioned to reporting total unique viewers earlier this year," a Hulu representative says. The company said in May that it was averaging 47 million unique viewers. It plans to update that figure once a year.

With Freer at the helm, it will be worth watching how Hulu works with traditional media companies like Fox when it comes to both content and advertising.

As Hulu continues its focus on original content, there could be an opportunity for the platform to more closely align itself with network shows, creating content around shows like Fox's "The Four" and ABC's upcoming "American Idol," for example, according to a person familiar with the situation. As consumers tune in to catch up on episodes of these shows, Hulu may also become a place where they can get more stories around contestants or auditions, for example.

Hulu has also worked closely with ad tech company TrueX, which Fox purchased in 2015. Hulu has adopted some TrueX formats, like engagement ads, which allow viewers to interact with a commercial at the top of a show and then watch the rest of the show with no or limited ads.

"Randy has a unique knowledge of Hulu and expertise building consensus among its owners, and an excellent track record leading a complex organization at the nexus of the television business," Hulu's board said in a statement.