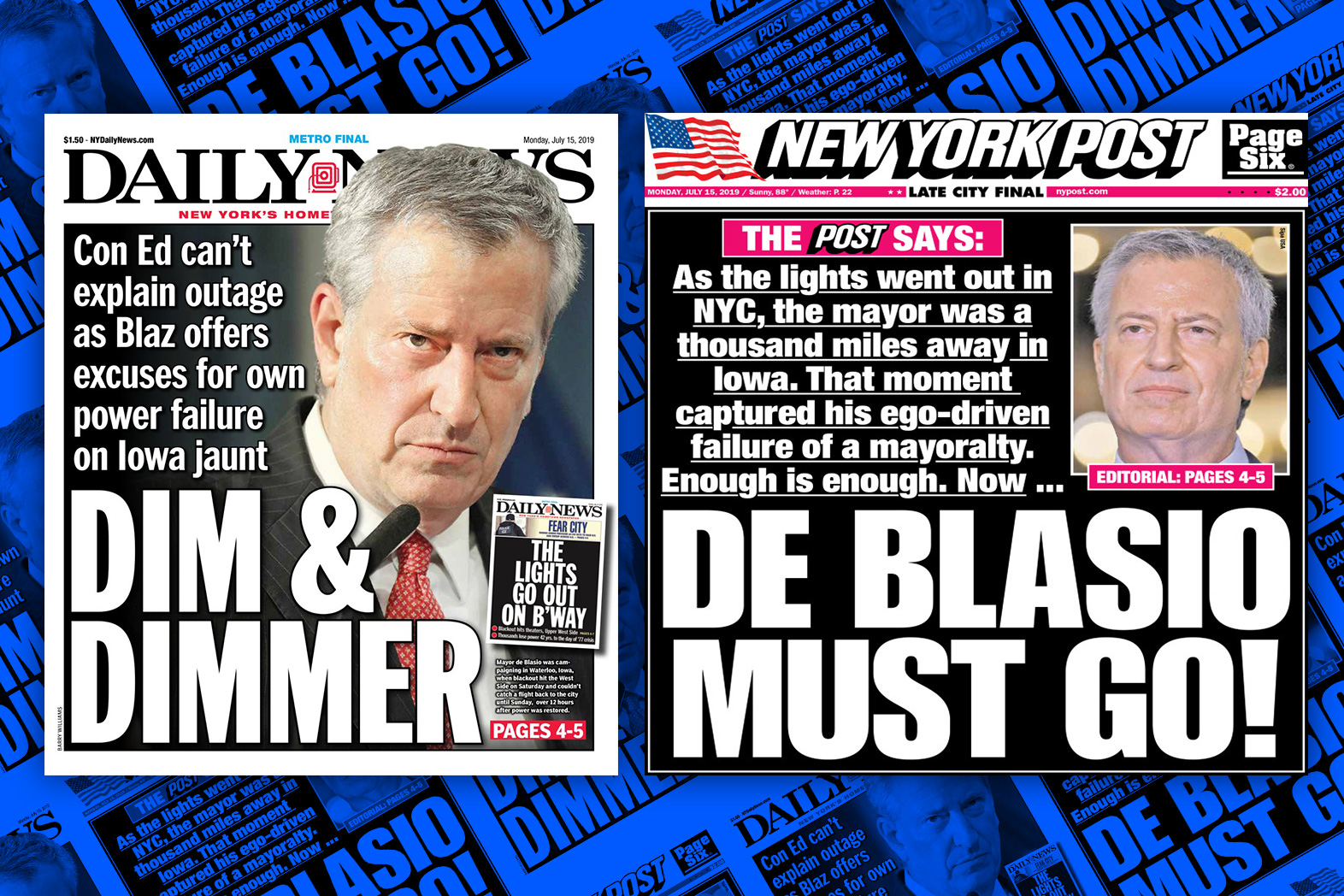 It would be an understatement to say that New York City Mayor Bill de Blasio’s run for president has not been going particularly well. Back in May, The Washington Post delicately put things in context: “New York City residents don’t love Bill de Blasio and don’t want him to run for president.” In the city itself, the media is less ... subtle. This morning the mayor is being put on full blast by both the New York Daily News and the New York Post, both of which note that he was AWOL during the weekend’s partial power blackout in Manhattan—because he was on the campaign trail in Iowa.

The News offers a “Dumb & Dumber” play in its headline—“DIM & DIMMER” (referencing local utility Con Edison and de Blasio, respectively)—while the Post simply says “DE BLASIO MUST GO!” A scathing Post editorial inside the paper actually suggests his removal from office; it reads, in part:

Per the City Charter and the state Constitution, the governor can suspend the mayor immediately for 30 days, then prepare charges, present de Blasio with them, give him a chance to answer them—and finally officially remove him. Or the mayor could do the right thing and resign.

It’s worth noting that not only are the News and Post fierce rivals, they’re ideological opposites (the News leans left, the Post leans right), and yet they’re in sync on de Blasio’s uselessness. And, incidentally, both papers were in sync with their Sunday front pages, too, in the immediate aftermath of the blackout. Take your pick: “THE LIGHTS GO OUT ON B’WAY” from the Daily News or “LIGHTS OUT ON B’WAY” from the Post: 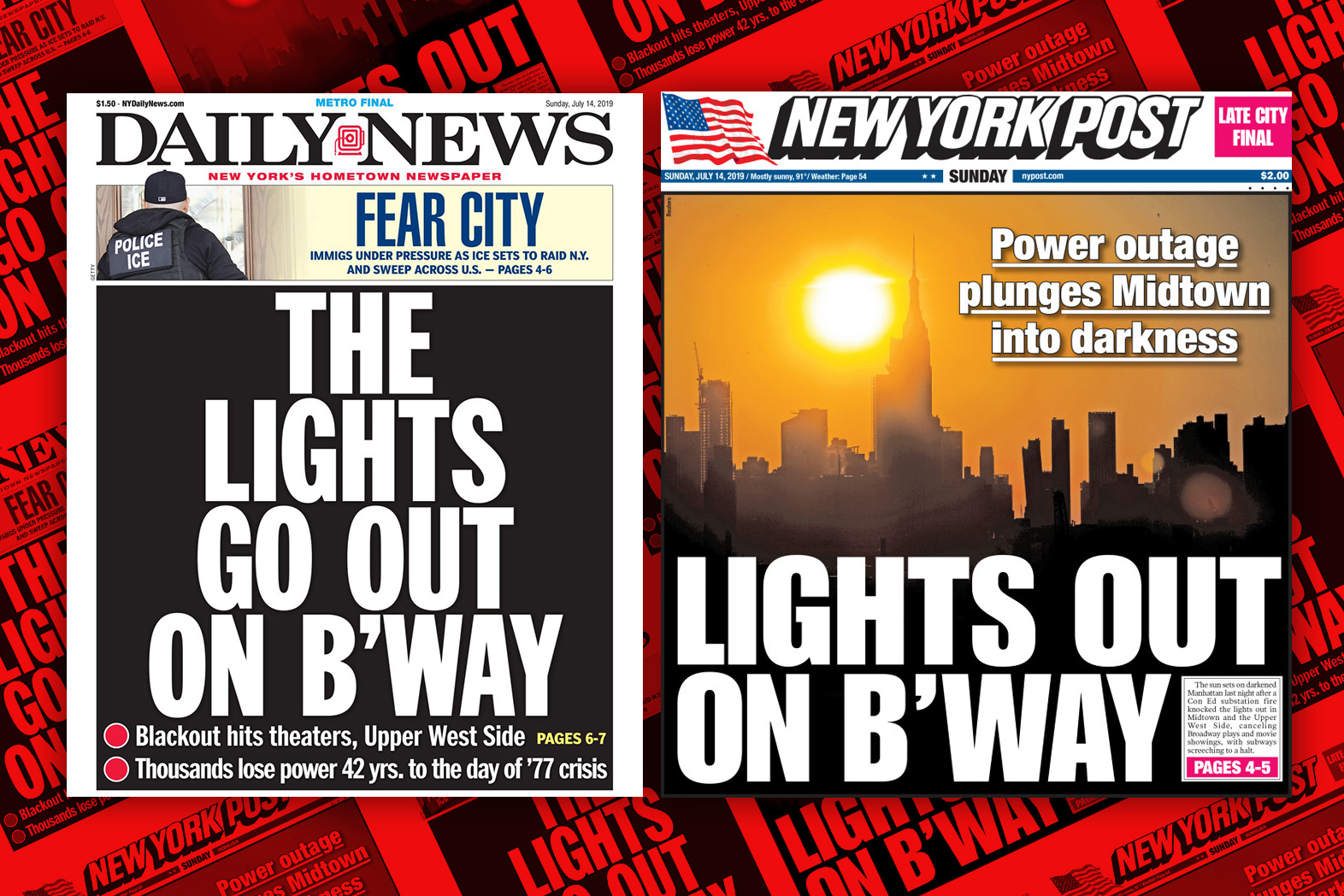