Vox Media CEO: Not the First Time We Tried to Get Re/code's Team | Ad Age
Skip to main content
Sign In Register

Vox Media CEO: Not the First Time We Tried to Get Re/code's Team 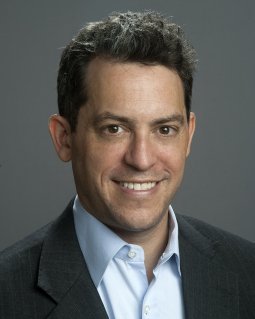 The timing didn't work then, but it does now. On Tuesday, Vox Media announced it had acquired Re/code, which Mr. Mossberg and Ms. Swisher launched in January 2014.

Mr. Bankoff declined to say how much Vox Media is paying for Re/code, but in an interview Tuesday afternoon, he explained why his company is buying the NBCUniversal-backed tech news site and its conference business.

Mr. Bankoff: Yes. You know what, we're buying a business tech media company. Maybe that answers the question. ... You build a media brand in different ways, and they've built theirs through great reporting but also a conference business in the tech category. We're proud to be working with them on both.

Ad Age: I want to get to the conference business, but first, why buy a tech news site when you already have one in The Verge?

Mr. Bankoff: The Verge is an incredibly strong site that's grown tremendously recently under the leadership of Nilay Patel. I think there's about 25 million unique visitors every month. It's a consumer site though. It focuses on tech lifestyle and covers everything from science to products to entertainment to transportation, whereas Re/code is really going to focus on the business of tech: enterprise, earnings, CEOs, company strategies, insights. And so the two are really complementary. In fact, when we were doing some of our analysis leading up to the deal, we were kind of surprised to learn there's only a 4% or 5% overlap in audience. Sometimes we lose track of that as people in this industry because we're caught in a little bit of a bubble and we read them both. But they have very different audiences. So when you combine them both, we were already leaders in the tech category with The Verge and now we'll extend that leadership pretty dramatically with Re/code and cover everything from flying cars to enterprise software.

Mr. Bankoff: It's not just any old conference business. It's the leading conference business in the category. I'm out here right now [for Re/code's second annual Code Conference in Southern California]. I think this year's conference sold out in under 37 minutes and at over $6,000 a ticket. It's an extraordinary event and brings together a combination of access and incredible networking, incredible programming. We are proud to be in the business. Other people spend many years trying to build something that doesn't even come close to what they've built here at Re/code over the past year. We think we're at an advantage to acquire the business, but also to learn from the business and over time apply it to other areas as well. We're not going to rush and do that day one, but we think their capability and production in staging these conferences -- which is not an easy thing to do -- is something we can learn from and benefit from.

Ad Age: What are the plans and timeline for extending that conference business across all of Vox Media?

Mr. Bankoff: We're going to do other ones. We don't have one now, but we know that others are possible. Now that we're becoming one company, we'll be able to sit down and start to plot that out.

Ad Age: What else does Re/code bring to Vox Media in terms of business value?

Mr. Bankoff: I put it in four buckets. The first is talent. Vox Media has always been a company that goes out and finds the best web-native, subject-matter expert talent, from our first sports blogger through the folks who founded The Verge, through the folks at Curbed, Eater and Racked, through [Vox.com's] Ezra Klein and his team, through now [Re/code co-founders] Walt [Mossberg] and Kara [Swisher]. We're all about finding the best web-native talent and then empowering that talent with the best platform in the business and creating media brands from that combination of talent and platform and the culture that brings it all together. Secondly it does extend our leadership in tech. And then, third, is the conference business. And finally, I think we can help Re/code's business with our platform; with our approach to data and analytics; with our [in-house agency] Vox Creative and Vox Advertising units, which we'll now be able to extend to Re/code and its clients. We'll really be able to offer the best audiences, the best ad product and the best creative services to bring it all together.

Ad Age: How did this deal happen? What was the chicken-or-egg here?

Mr. Bankoff: Walt and Kara and I have known each other for the better part of two decades now. When I was younger in my career, I used to go in sheepishly and pitch AOL products to the great Walt Mossberg, and I still have that same reverence for him today as I did back then. Kara and I, likewise, have been talking to one another for many, many years. When they were contemplating leaving [Re/code's Dow Jones-owned predecessor] All Things D, we talked then and talked pretty seriously about doing something but timing wasn't right. But we kept those conversations alive and got to the point where it just made sense and just decided to do it.

Ad Age: What wasn't right back then, and what changed to make it right now?

Mr. Bankoff: They had just come out of their experience with AllThingsD, and I think they wanted to try something independent before leaping back in with another company. I think they're glad that they did that; I think they had a lot of success with it. And now they realized we could either build up what Vox has, or we can join them and focus on what we like to do, what we're good at doing, and join a company that already has all the capabilities that we would have to build up. They opted for the latter, and we're glad they did.