Arby’s made a 'carrot' out of meat, and it's very on-brand: Thursday Wake-Up Call | Ad Age
Skip to main content

Arby’s made a 'carrot' out of meat, and it's very on-brand: Thursday Wake-Up Call 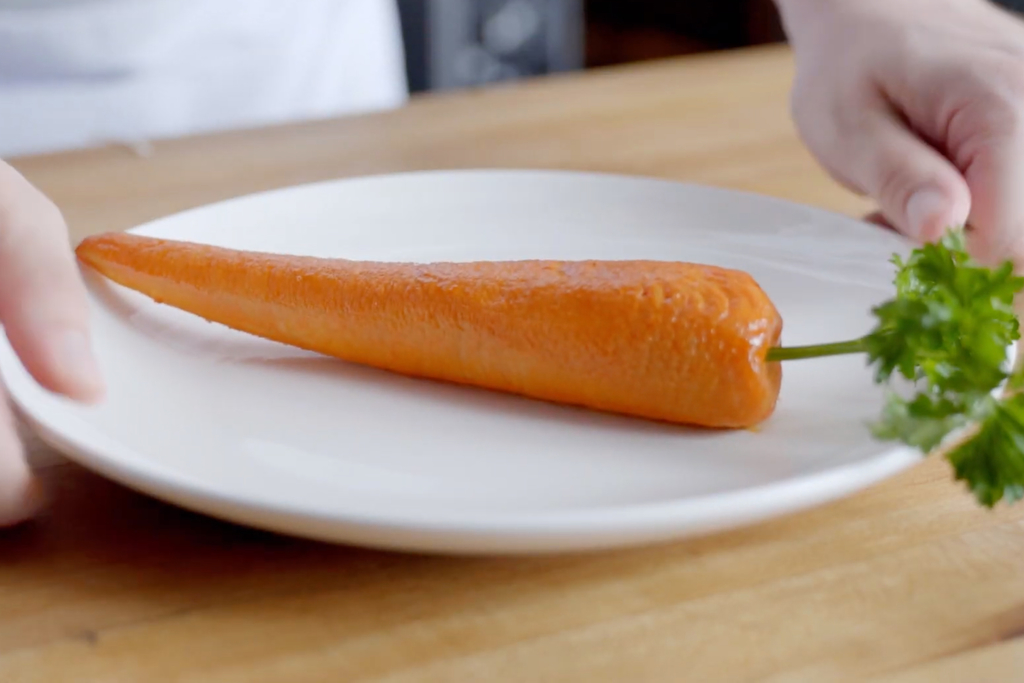 What people are talking about today
If you’re reading this over breakfast, we apologize in advance for ruining your appetite. But here goes: Arby’s concocted something it calls a “marrot,” which is a faux carrot made out of meat. It’s not available to customers, at least for now. But the chain says it’s experimenting with meat vegetables, or “megetables” in Arby’s parlance. Though many might find it gross, it’s also an on-brand PR stunt for the restaurant chain whose slogan is “we have the meats.”

“While others are following the latest trend and exploring plant-based meat alternatives, the brand is staying true to itself by continuing to serve what it does best: 100 percent real meats,” Arby’s said in a corporate blog post. (Burger King, White Castle and Red Robin have been offering meatless Impossible Burgers.)

‘We don’t do gay’
FCB has a longstanding relationship with the Nivea skincare brand. But now the Interpublic Group agency is walking away. As Ad Age’s Lindsay Rittenhouse and Jack Neff report, there have been tensions in the marketer-agency relationship, including:

“allegations that the brand rejected an image that the agency pitched showing two men's hands touching, according to people familiar with the matter. A person on the client team allegedly remarked, ‘we don't do gay at Nivea,’ on a call with FCB creatives.”

Nivea is owned by Hamburg, Germany-based Beiersdorf, which did not return Ad Age’s requests for comment.

FCB said in an internal memo that it will resign the global Nivea account when contracts expire at the end of 2019. The memo made no mention of any specific incident that may have sparked a breakup.

The new employee activism
Wednesday brought two protests by employees troubled by the practices of the companies they work for. About 100 Google employees took the extraordinary step of petitioning to have Google kicked out of San Francisco’s Pride parade this weekend, as Bloomberg News reports; the tech company has faced criticism recently for not doing enough to curb anti-LGBTQ+ comments on its YouTube platform.

And employees of Wayfair, the online furniture retailer, walked off the job in Boston; they were protesting the company’s sale of beds to a contractor preparing border detention camps for migrants. Davia Temin, a crisis management expert, told Bloomberg: “I’m sure [Wayfair] would like it to go away; I don’t think it will, and now they’re going to stand for something." Wayfair would much rather be remembered for decorating the HGTV Dream Home.

And by the way: As Yahoo News reports, a few HGTV fans are pressing the network to drop its Wayfair ads and partnerships. “Hey @hgtv please don’t continue accepting #bloodmoney from @wayfair,” someone tweeted.

Just briefly:
Technical difficulties: Issues with audio forced NBC News to cut to a commercial break during the U.S. Democratic primary debate. President Donald Trump tweeted: “@NBCNews and @MSNBC should be ashamed of themselves for having such a horrible technical breakdown in the middle of the debate. Truly unprofessional and only worthy of a FAKE NEWS Organization, which they are!" (Between Trump and NBC, it's complicated.)

Debates: If you watched the Democratic debates last night on TV, now watch the candidates’ campaign ads, as compiled by Ad Age’s Ethan Jakob Craft. We’ll have another post on the second batch of debaters.

Explore: Instagram is opening its Explore section to advertisers. As Garett Sloane writes in Ad Age, the Facebook-owned platform wants to “follow the gradual migration of user activity away from personal news and photo feeds towards other areas of the social networks.”

Something to watch for: The Supreme Court is expected to rule on whether the federal government can add a "citizenship" question to the U.S. Census. “Make no mistake, this is a critical decision that will affect all business, advertising and media decisions over the next decade,” Lisa Torres, president, multicultural, at Publicis Media writes in Ad Age.

Ad of the day: Arnold Schwarzenegger wears a ponytailed wig, a mustache and a Hawaiian shirt to play a used car salesman in a new ad. Can he pull it off? Nah, but that's the joke. As Ann-Christine Diaz writes in Ad Age, it’s a funny ad from Veloz, a nonprofit to encourage adoption of electric vehicles in California (where Schwarzenegger, as governor, promoted environmentally friendly cars). Watch it here.