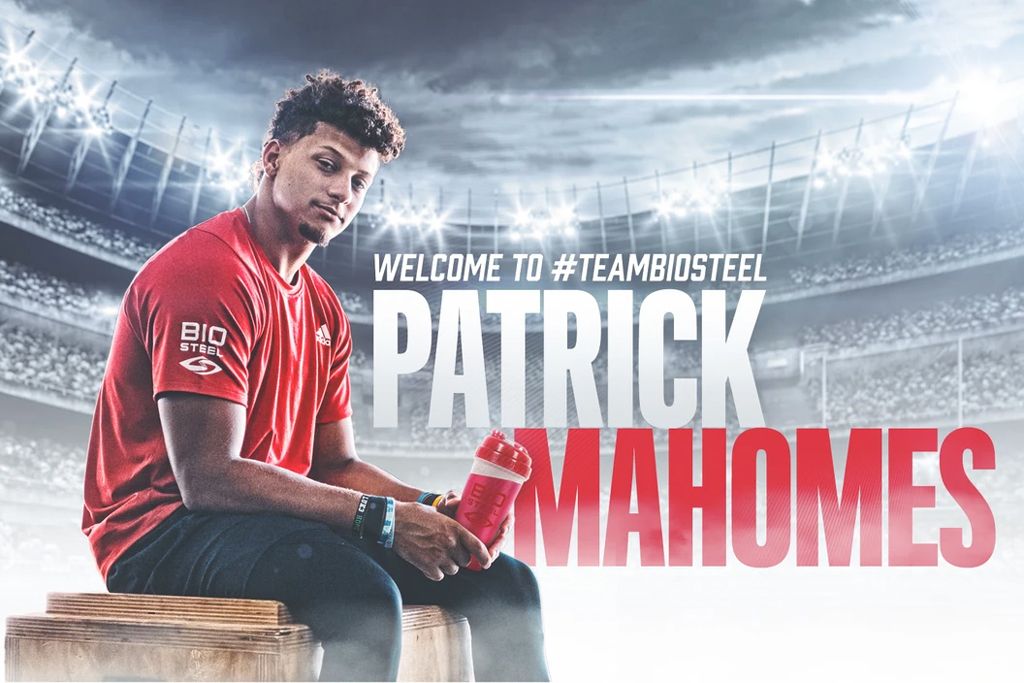 The deal, announced Tuesday, came together organically, according to the company. Mahomes says he’s “been using BioSteel’s products for years,” after being introduced to them by Bobby Stroupe, who has trained the 24-year-old quarterback since the fourth grade.

“We’ve provided Patrick’s trainer Bobby Stroupe with BioSteel product for years, and have always known Patrick to be a big fan of the brand. As we move into the U.S., the timing made sense to partner with Patrick,” says John Celenza, BioSteel co-founder and co-CEO.

The deal is Mahomes’ first endorsement since leading the Chiefs to a Super Bowl victory over the San Francisco 49ers. In July he signed a 10-year contract worth up to $503 million.

“As an athlete and businessperson, I’ve sat on both sides of these deals," says former National Hockey League Pro Michael Cammalleri, BioSteel co-founder and co-CEO. "I went down to train with Patrick at Bobby’s gym and was able to spend time with him and his team. I could not be happier with Patrick being the person that helps lead and amplify our brand.”