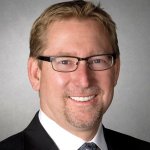 In his first public remarks since about his July 2012 ouster, Mr. Ewanick said it was clear that the deal would bring Chevrolet increased brand exposure, purchase consideration and awareness around the world worth "over four times" the sponsorship's cost, which sources have pegged at $600 million over seven years.

Mr. Ewanick was dismissed within weeks of the announcement of the Manchester United deal. A spokesman at the time said that the executive "failed to meet the expectations the company has of an employee." Sources later said that improper handling of the deal led to Mr. Ewanick's firing.

"We crunched more data than I've ever seen. We had three separate media and consulting firms take a look at it and tell us what they thought it was worth. We had the internal GM team do it," Mr. Ewanick said in remarks at the J.D. Power Automotive Marketing Roundtable in Las Vegas.

Unwinding campaigns
"The way this was going to work over time, I would say that for the amount of money we were talking about, it was the biggest no-brainer I've seen."

The Manchester United sponsorship is one of the few major initiatives from Mr. Ewanick's tenure that has stuck at GM. Within days after his dismissal, GM expanded the partnership to include the right for Chevrolet to display its logo on the team's jerseys, which was not part of the original agreement that Mr. Ewanick inked.

And GM has resumed advertising on Facebook and plans to air commercials during the next Super Bowl -- both venues that Mr. Ewanick eschewed.

Cutting agencies
Mr. Ewanick joined GM in May 2010 to oversee the company's U.S. marketing operations and was named global chief marketing officer by year end, a new position at the time. His tenure as GM's global marketing boss was tumultuous. His outspoken, hard-charging style sometimes ruffled the feathers of superiors and co-workers.

Mr. Ewanick's charge as GM's global chief marketing officer included consolidating what GM spent on marketing globally and reallocating resources to be more efficient. That meant cutting 50 creative agencies and 75 media agencies around the world and consolidating its accounts with a handful of agencies to handle work globally, Mr. Ewanick said. The Manchester United deal was the result of GM looking for more efficient ways to spend its marketing dollars.

"It doesn't take a brain surgeon to just look at the profit margins for all the car companies and you see General Motors at around 2.5% and you see Hyundai at 10% to see that something is out of whack," he said. "Marketing was one of those areas."

Palpable urgency
Previously, about 125 markets around the world each had its own sales and marketing budgets, he said. Mr. Ewanick described the process of consolidating and reallocating those budgets as "going around the world saying 'I'm going to take your budget away.' They weren't very happy about that."

Mr. Ewanick said the sense of urgency to change culture at GM leading up to the initial public offering was palpable.

During the so-called quiet period leading up to the IPO, Ewanick said, GM's culture had "a lot of urgency. People wanted to change things. Everybody was talking about change, change, change. And everything I suggested was 'Yes, whatever you want, change it,'" he said.

But that was soon lost after GM's return to profitability.

Mr. Ewanick has largely shunned the public spotlight since his departure from GM last year. But since then he has worked with a number of automotive companies behind the scenes while living in Newport Beach, Calif. He had a stint last year as Fisker Automotive's chief commercial officer, where he sought to secure a financial lifeline for the startup plug-in hybrid manufacturer prior to its collapse last spring. He also has worked as a consultant with car shopping website TrueCar.com, worked with Irvine, Calif., consultancy Global Auto Systems and, most recently, with a startup trying to open about 40 hydrogen-fueling stations in California in the coming years.

No resentments
Mr. Ewanick said he harbors no resentments about how his time at General Motors ended. He acknowledged the difficulty of changing the culture at a place such as GM.

He said GM's efforts to make Chevrolet and Cadillac into truly global brands will go a long way in GM's continuing renaissance.

"It's an amazing organization. It's a labyrinth of departments so I think it's difficult," he said. "I think they'll get there. I just think everybody's realizing that it'll take a lot longer to get there than they anticipated because it's so big."