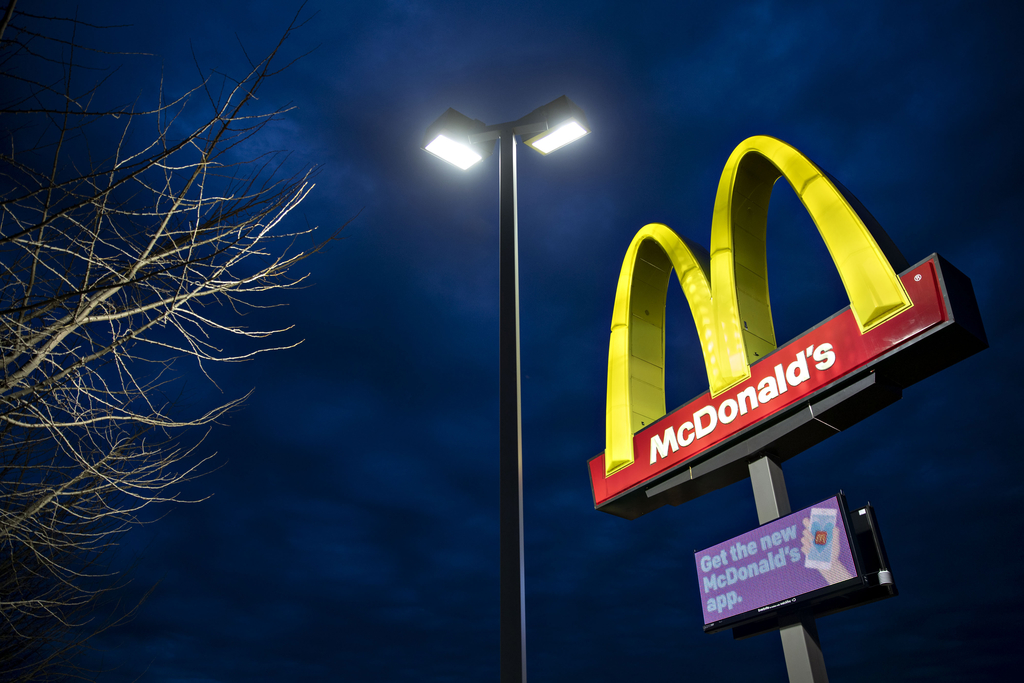 Every 36 hours on average, American local news outlets deliver a new report on violence at a McDonald’s. A group of employees in Chicago say workers bear the brunt of such incidents—enough to constitute a pattern of regular on-the-job violence they want the company to address across the U.S.

In a complaint filed with the Occupational Safety and Health Administration on Monday, the workers at one location described being threatened with guns, attacked with hot coffee and having to dodge food thrown by a disturbed customer.

“Despite the frequent incidence of workplace violence, our employer has done nothing to implement safety measures to protect us,” the workers allege in the complaint, which names McDonald’s Corp. and franchisee Oscar Perretta.

The employees and other Chicago-area workers, who are working with the union-backed Fight for $15 campaign, are also sending a letter asking OSHA to open a “systemic” investigation into the corporation’s handling of workplace violence in its thousands of U.S. locations.

Their letter cites data from the National Employment Law Project, which counted 721 local media reports of violence at U.S. McDonald’s stores over the past three years, most of them involving guns.

Training push
When asked about the letter, McDonald’s said it’s rolling out national training programs in its company-owned restaurants this year focused on workplace safety.

“We believe every person working in McDonald’s restaurants deserves to do so in a safe and respectful environment and, along with our franchisees, have invested in programs that promote safe environments for customers and crew members,” the company said in a statement. “This includes clear policies that strictly prohibit violence, threats of violence and other conduct that jeopardizes or harms the safety of employees and others in the workplace.”

Perretta didn’t respond to messages left at his company, Nornat.

Police records
Police data, 911 call records and worker testimonials suggest the actual incidence of violence is much higher than local news reflects, said Deborah Berkowitz, a former chief of staff at OSHA who now runs the the Worker Health and Safety Program at NELP. The report gives as an example St. Louis, where the media reported three violent incidents at McDonald’s stores in the past three years, but police records counted 67.

“Workplace violence is clearly a very common and real hazard at McDonald’s throughout the nation,” Berkowitz said in an interview. “It’s stunning that a company of this size, with their resources, has not stepped forward to protect workers.”

In their Monday complaint to OSHA, the Chicago workers say dozens of 911 calls have been made from their restaurant since November, including three incidents of employees or customers threatened at gunpoint. The workers say the store’s management discouraged them from calling attention to the issue, saying it could get the location shut down.

Throwing coffee
Another time, they say, a customer made it over the counter and into their kitchen and started throwing things, including hot water and coffee containers, at employees. Afterward, a manager told employees that if it happened again, they should respond by throwing hot oil or coffee at the intruder, according to the complaint.

“The company doesn’t really care,” said Martina Ortega, one of the workers who filed the complaint. Speaking through a translator, Ortega said she felt safer in prior factory jobs than she does now at McDonald’s. While she used to leave her car keys in her purse when she got to McDonald’s, now she keeps them in her apron or on a lanyard around her neck in case she has to flee the building.

“I get scared basically every time I hear customers yelling,” she said. “I think about starting to run because I don’t want to get punched or shot.”

Customer grievances
According to the NELP report, many of the violent incidents are instigated by customers angry about small grievances, like long wait times or a missing straw. Some involve workers who are directed by managers to confront people who are loitering or misbehaving.

Roughly 40 percent of the incidents take place between 10 p.m. and 4 a.m., a phenomenon the report pins on the chain’s 2003 decision to extend store hours. The report urges McDonald’s to adopt OSHA’s guidelines for curbing violence in late-night retail, such as limiting the amount of cash in registers, increasing staffing and improving visibility.

It also calls for McDonald’s to enhance security with panic buttons, more secure drive-thru windows and counters, better record-keeping and staff training, plus mental-health services and paid time off for workers who experience trauma.

“This isn’t rocket science,” Berkowitz said. “They could just cut and paste from what the government has put out over the past 20 years.”

McDonald’s franchisees must follow detailed corporate guidelines in areas ranging from bookkeeping to advertising, she said, and additional anti-violence safeguards would be just as easy to require throughout the chain.

“Many owners of retail establishments don’t think about these issues,” said David Michaels, a professor at George Washington University’s public health school and a former head of OSHA. “You can train workers to make sure they’re safe in a way that’s not detrimental to the experience of customers.”

Fry grease
John D’Amanda, a worker at a McDonald’s in Oakland, California, and an activist with the union-backed Fight for $15 initiative, said people have tackled him, beaten him and tried to burn him with fry grease inside his restaurant.

“I try not to be afraid—I mean, I have to go to work,” he said. “I always have the feeling that somebody is on the edge of attacking me, and there’s not anything I can do about it.”

Workplace safety is the newest front in a years-long struggle between McDonald’s and the Fight for $15 campaign that seeks to organize fast-food workers and raise labor standards in low-wage industries. On Tuesday, the Fight for $15 and the American Civil Liberties Union announced the filing of 25 new U.S. Equal Employment Opportunity Commission complaints and lawsuits over alleged sexual harassment and retaliation at McDonald’s stores.

Similar allegations have also spurred an investigation in Brazil, where the labor prosecution service says it’s investigating 25 allegations of sexual and racial harassment at McDonald’s stores there. In an emailed statement, McDonald’s Brazilian franchisee Arcos Dorados said it “doesn’t tolerate any form of discrimination or harassment of any nature.”