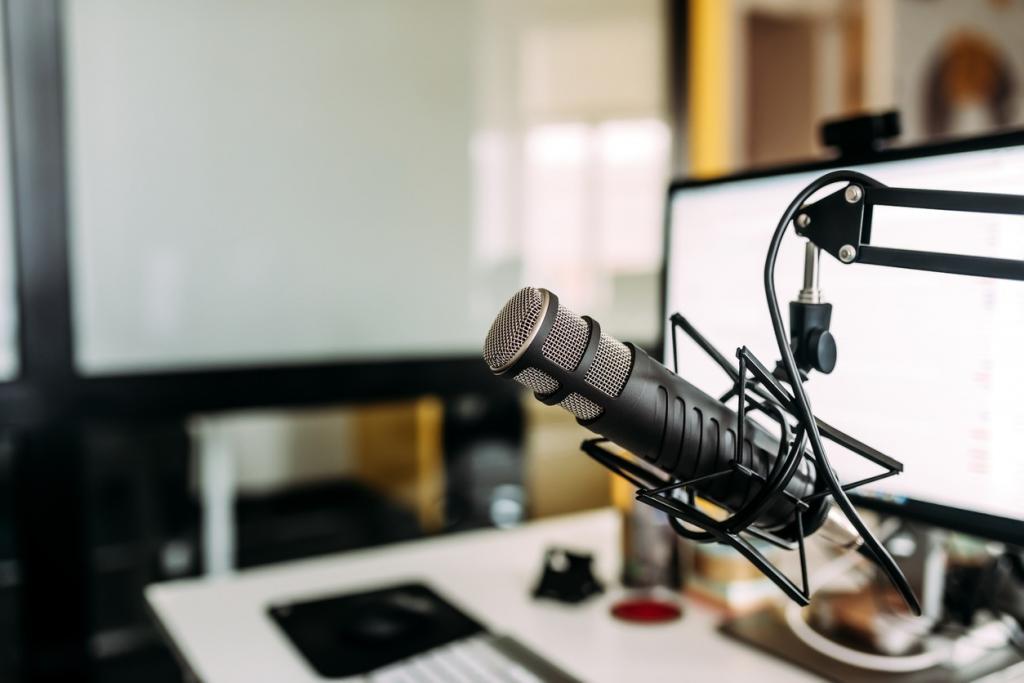 What people are talking about today
Would you shell out $7.99 a month for a subscription to dozens of new ad-free podcasts? Luminary, launching today, hopes you will. It has $100 million in venture funding and stars on board, including Trevor Noah of “The Daily Show” and writer-actress Lena Dunham. They’re doing original shows for Luminary’s ad-free premium subscription service; Luminary also has a free tier that lets people listen to podcasts from other services.

But Luminary has a problem, The Verge reports: Some existing hit podcasts are not buying into it. “When it rolls out to the public on iOS, Android, and the web, Luminary’s podcast app will be missing some of the industry’s biggest shows, including The New York Times’ 'The Daily' and Gimlet Media shows like 'Reply All' and 'Homecoming,'” The Verge writes. It adds: “By withholding their shows, the Times and Spotify are setting Luminary up to fail—or at least struggle to get off on the right foot with users.” In other words, the podcasting wars are here.

Ad industry vs. the Trump administration
The Supreme Court will hear arguments today about the Trump administration’s push to add a question to the 2020 census asking whether respondents are U.S. citizens. Ad industry groups—including the 4A’s and the Association of National Advertisers—have already taken a stand against including the question; they’re worried it will discourage non-citizens from responding and lead to an inaccurate count of the population. Nielsen says it filed a brief on the issue to the Supreme Court; CEO David Kenny argues that if the question is added, “young, multicultural people—a consumer segment that will be the main driver of economic growth for the next decade—are at great risk of being underrepresented.” In a New York Times op-ed, he adds:

“My company and our peers in the advertising industry have, collectively, more than 100 years of experience with data, and we believe that including this question will result in an inaccurate census that will lead to flawed business decisions,” Kenny writes. “You can count on it.”

Repercussions?
​​​​​​​Two Google employees who organized a walkout in November to protest the company’s response to sexual harassment say they have faced retaliation from the company. Wired reports that Claire Stapleton says she was told she would be demoted from her job as marketing manager at YouTube and lose half her reports. According to Wired’s report, Stapleton shared her complaints in a message to internal Google mailing lists:

“‘My manager started ignoring me, my work was given to other people, and I was told to go on medical leave, even though I’m not sick,’ Stapleton wrote. After she hired a lawyer; the company conducted an investigation and seemed to reverse her demotion. 'While my work has been restored, the environment remains hostile and I consider quitting nearly every day,' she wrote."

Kitty litter kerfuffle
An adorable ad campaign about cats is now the subject of a legal battle. Well-known photographer Jill Greenberg shot photos of cats for Fresh Step kitty litter; now she’s suing McGarryBowen and Clorox Co. for copyright infringement, Ad Age’s Jack Neff reports. Greenberg argues that her photos were used to generate publicity well beyond the contracted scope of use. Fresh Step showed her work at pop-up galleries, for example, which she says she didn’t expect. “In my 27 or 28 years of shooting advertising images, it never crossed my mind that my kitty litter ads would be put up on the wall of a Chelsea gallery, and referred to as fine art photography," she says.

Just briefly:
CEO switch: Struggling Kraft Heinz will get a new CEO, Miguel Patricio, who honed his brand-building skills in the competitive beer industry. “Patricio spent two decades at Anheuser-Busch InBev, the world's largest brewer, including serving as its global chief marketing officer from 2012 to 2018,” Jessica Wohl writes in Ad Age. He will replace Bernardo Hees, who will step down June 30.

Meanwhile at Facebook: The company “is bringing on a new top lawyer and a communications boss to handle the mounting regulatory and public-relations issues facing the social-media giant,” The Wall Street Journal reports. The new VP of global communications is John Pinette, who previously advised Microsoft co-founder Bill Gates.

It’s official: Samsung says it’s postponing the launch of its foldable smartphone, the Galaxy Fold. The launch was supposed to happen Friday, but Samsung isn’t giving a new date yet. A few reviewers who received the device ahead of its release reported that their screens broke.

Tweet of the day: Abigail Disney, granddaughter of Disney co-founder Roy Disney, said CEO Bob Iger makes way too much money compared to a median employee. “I like Bob Iger. ... But by any objective measure a pay ratio over a thousand is insane," she tweeted. (A study from Equilar says Iger is paid 1,424 times what the median Disney employee makes.)

ICYMI: Check out the top 10 winners of Ad Age’s A-List awards (including No. 1 Wieden & Kennedy) with our list in video form.

Creativity pick of the day: The Helvetica typeface seems to be everywhere, including on brand logos from J.C. Penney to Verizon to Nestle. But as Ad Age’s I-Hsien Sherwood writes, “it doesn’t render well in many digital applications, and for years, graphic designers have had to hack it to make it look better at different sizes.” The font just got a subtle update to make it easier to use. Check it out here.