Amp Spotlight: What's it like to win a Cannes Lion? 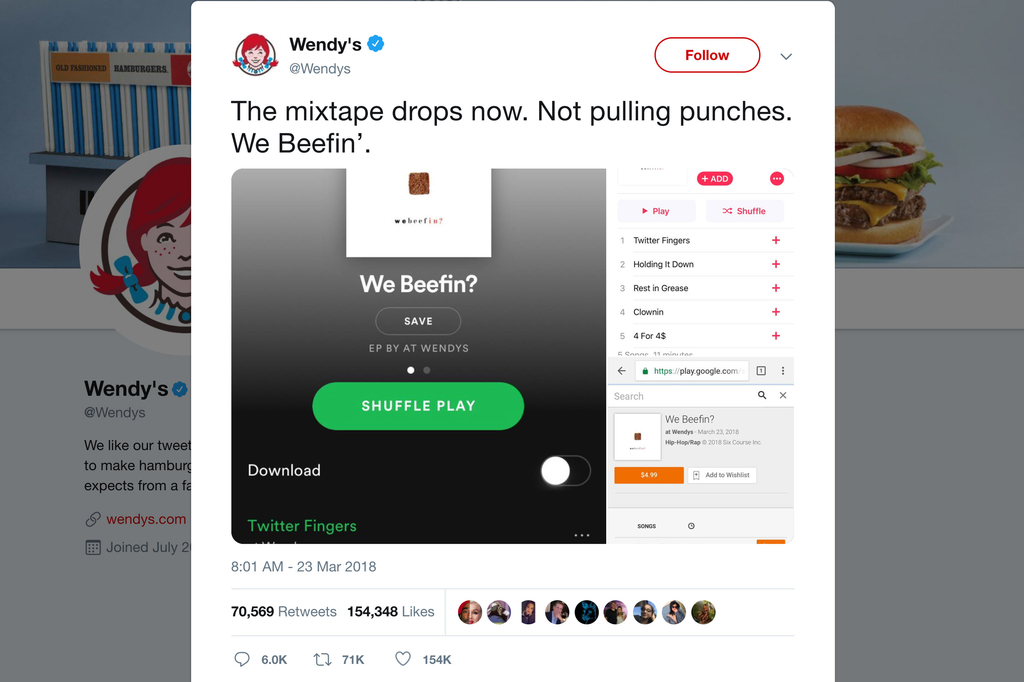 VML (now VMLY&R) was named Entertainment Agency of the Year for the second year in a row at the 2018 Cannes Lions Festival, including multiple awards for Wendy's "We Beefin" campaign.

The ad world is abuzz this week over the 65th edition of the Cannes Lions International Festival of Creativity. This year’s big show brings a few changes and a handful of surprises, including trimming the festival schedule down to five days, as well as the first-ever award for Creative Brand of the Year—not to mention a record number of participating brands, with 102 and counting, up from 85 in 2018.

As this year's winners take their turn in the spotlight, we asked some past winners from the Amp community for their insights on what winning a Cannes Lion meant for them and their shops. 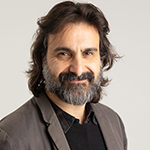 How does it feel to win a Cannes Lion?
Walking onstage to collect a Gold Lion is the most incredible feeling. It recognizes all of the creativity, energy and effort that’s gone into a piece of work. When we finally won our first Lions in 2016 after years of pushing the envelope at Native VML, taking home Gold, Silver and Bronze was a career highlight. It’s an honor to be placed alongside work of the highest caliber. The wins we’ve had since have been special as well, but the experience of collecting your first Lion is awesome.

Describe the experience of being a part of it all.
I’ve been going to Cannes for over 15 years, and every year I’m astonished by the inspiring work that comes to the forefront. It’s both a creative oasis and the biggest creative stage there is. Being immersed in the world’s best ideas energizes me, and drives me to come back and set an even higher standard of creative excellence. I’ve also had the honor of judging Entertainment Lions and Titanium Lions in the past several years. Getting to spend the week diving into work that is fundamentally reinventing the future is inspiring.

What impact did winning at Cannes have on your agency?
Our win for the VML South Africa Absolut “One Source” campaign catapulted VML to global Entertainment Agency of the Year at Cannes 2017. Coming from a film background, it was an important moment for me to show that the rise of branded entertainment is breeding success for clients. And the following year, VML was awarded Entertainment Agency of the Year a second time with "We Beefin" for Wendy's and "It All Begins with a Song" for the Nashville Convention and Visitors Corporation.

Why do you think you won? What set you apart?
The Absolut “One Source” campaign, which ultimately won four Lions, including Gold, Silver and Bronze, didn’t just give Absolut a presence in culture—it gave the brand a purpose in culture. The campaign became a war cry for Africa’s creative revolution and elevated Absolut back into the pole position as the country’s biggest selling premium vodka. I believe we won because we created a legitimate piece of pop culture that put the audience first and generated value for the brand. Today’s brands must become part of mainstream popular culture, and they must create cultural moments themselves.
See VMLY&R's Amp profile here. 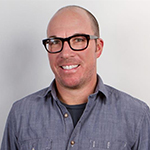 What was it like to win a Cannes Lion?
For that first win—for the long-running "Truth" anti-smoking campaign—I wasn't sent to France, wasn't holding court at the Carlton, and didn't need to pull a tuxedo together overnight. But I felt like I was finally in this amazing global business, and was made even hungrier to create things people hadn't seen or done or tried before, inspired by what was happening all around the world at that pivotal time in my career. And when a plain, heavy little shipping box arrived in my work mail, it was a pretty monumental day.

What did it mean to you to win?
For me personally, finally winning that Lion—even a Bronze one—meant that an idea I was part of creating was competing on the biggest global ad stage. That I'd reached another one of those creative career milestones that comes way, way after "Will I ever get a good job in advertising?" The daunting "Will I ever win one of those?" Thinking back, I actually love that it was Bronze, because for all the hustle and grind and craft that went into that piece and the thrill of it then winning in Cannes, I knew it still could have been better. Bigger. Smarter. Silver!

What did it mean to your company to win?
Both agencies that shared that account—CPB and Arnold Worldwide—and the clients were thrilled any time we won any award because it meant work that was doing such an important job was being recognized globally as also creatively important.

How do the awards inspire you to continue to create?
Now being the founder of an agency, I look at all the insanely inventive work happening in so many mediums, and I find myself in that same position again. Seeing brilliant Titanium-winning work. Glass Lion-winning work. So much of it really important work for big clients and for necessary causes and good for the world. Wondering "will we ever win one of those?" Honestly, right now, I'd be really happy with another Bronze.
See Preacher's Amp profile here. 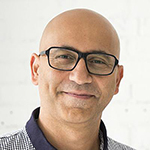 What was it like to win for the very first time?
It was a Gold Lion in outdoor for FedEx in 1997. I remember feeling excited and proud knowing that we had created something considered to be the best in its category worldwide. Only senior management attended the festival that year, so I wasn’t actually there to accept my first Lion. As a young creative, having my work recognized on a global stage like Cannes inspired me to strive for world-class standards wherever my career took me. Eventually I attended the festival after joining Taxi. It was a great thrill to finally accept a Lion in person onstage at the Palais.

What did you do differently to set yourselves apart from the competition?
We took the familiar instructions on shipping boxes and added a few choice words in smaller type underneath to change the meaning: “DO NOT DAMAGE your reputation,” “THIS ENDs UP saving your butt” and others. A FedEx sticker was haphazardly stuck on each box. The idea came right out of the FedEx boxes themselves, reinforcing the brand’s reliability in a unique way. The campaign went on to be singled out as a great example of outdoor in many advertising textbooks internationally. Other brands would go on to mimic the technique.

How have the awards changed over the years? How would you like to see them continue to evolve?
The problem with most awards shows today is that they’ve become a big business—and winning has become a sophisticated game. A few years ago, we did a thought experiment in Applied Arts, a local trade magazine that invited us to curate a number of pages in their awards annual. Our idea was to have the awarded work judged again using regular people from all walks of life with no vested interest in the outcome of the awards show. Needless to say, the results were eye-opening. I’d love to see one of the major global shows remove all the politics and have the work judged by the people who matter most: real consumers.

Any advice to those working towards that achievement?
It’s a cliché, but don’t set out to win one. Focus on solving the brief in the most innovative, original way possible. You’ll know if you’ve hit a home run when your clients, colleagues, friends and everyday people outside the industry start talking about your work on social media. If it happens to win an award along the way, well, that’s just an added bonus.
See Zulu Alpha Kilo's Amp profile here. 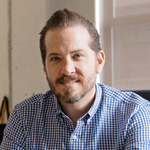 What was your most memorable win at Cannes?
I’ll never forget finding out when I was more of a junior creative that I had won a Cannes Lion. We care a lot about what our peers think of the work that we’re doing. When people we look up to in the industry give you a nod, it feels like they’ve given you a high five across time and space. I think there are agencies who do work to win awards. At Huge, we do work for our clients that works. More and more, with the advent of social media and PR and press, the work that’s winning at award shows is work that’s working for clients, too.That’s really the best thing for the industry.

Why do you think you won when you did?
It’s always about an idea that solves a problem. You can see the real clear articulation of a business challenge being solved with creativity. I think there’s a lot of discussion about where advertising is going and consultancies and data and programmatic—I think at the end of the day, creativity can’t be programmed away, can’t be automated, and can’t be crunched with numbers. It’s a little bit of magic, and using that magic to solve a business challenge and see results. That’s what stands out in the awards that win. They all solve a real challenge with creativity.

Which award are you most proud of winning?
The one that we’re still proud of is a Silver Design and a Bronze Mobile for an app we created called Notifica. We worked with United We Dream, an outreach group for undocumented immigrants and workers in the United States. The [Trump] administration had a new policy and [undocumented workers] were being detained. Oftentimes they would just get a knock on the door and had no time to inform lawyers or loved ones and their phones were actually being confiscated. So, we created an app they could use to preprogram all their emergency messages to loved ones and lawyers, and when the knock came at the door, they had a little bit more control over their destiny. I think one special aspect of Cannes as an award show [is] they really do focus on work that makes an impact globally.

What would your advice be to someone who may be working towards that achievement?
Don’t focus on award shows. Don’t worry about winning an award. Focus on solving a problem. If the purpose is just to win an award, it’s actually harder. When you focus on making great work and solving business challenges with a clear breakthrough concept, and then are maniacal about crafting it and making it as beautiful and as clear as possible, awards will come. That’s my advice for people chasing awards: stop chasing awards. Chase great work that’s beautifully crafted, that’s culturally connected, and that can make an impact in the world.
See Huge's Amp profile here.

Ad Age Amp is a new platform for creative work, companies and people. Showcase your expertise, accolades and campaigns while leveraging the credibility of Ad Age and Ad Age Creativity. Click here to learn more.