A-B Gives Sneak Peek Into Its Plans for Super Bowl

Bud Light Spot Will Include 1980s Theme; Bud Plays Up 'Credentials'
READ THIS NEXT
Amp spotlight: Who really won the Super Bowl? 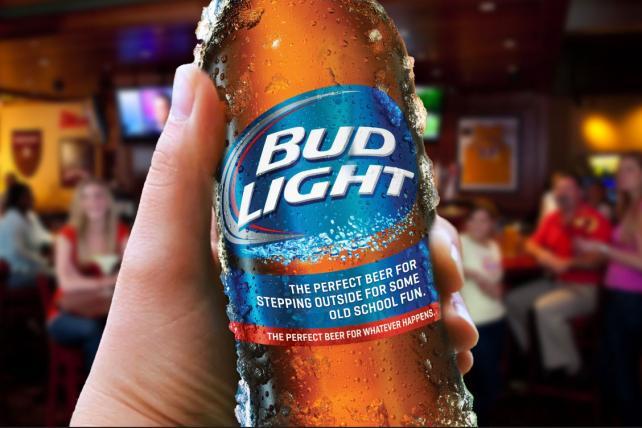 At a bar somewhere in Los Angeles, Anheuser-Busch InBev on Wednesday will shoot what could be the only ad for Bud Light in this year's Super Bowl. The shoot, which is occurring less than four weeks before the game, might seem like a pressure-packed, last-minute endeavor for the nation's largest beer brand. But that is kind of the point.

That is because the ad, like other recent work from Bud Light, will seeks to position the brand as the beer for spontaneous fun. In the spot, a drinker who is not an actor will unknowingly walk into a surprise-filled ad by buying a custom-labeled beer that triggers a life-size, interactive Pac Man game.

"We have a very challenging shoot coming up on Bud Light, but we are very confident that with the preparation that we've done, we are going to capture some magnificent content," said Jorn Socquet, A-B InBev's U.S. marketing VP, who along with other A-B InBev executives, previewed to Ad Age the brewer's Super Bowl plans.

The company is the game's exclusive beer advertiser and has secured a total of seven 30-second ad units -- or 210 seconds -- for the game. That's slightly down from last year's 240 seconds of airtime, which was expanded by 30 seconds at the last minute.

In addition to the 60-second Bud Light ad by BBDO, the brewer plans to run two 60-second ads for Budweiser from Anomaly. That leaves 30 seconds of remaining time that the brewer might use to grow the Bud Light ad to 90 seconds, should the creative warrant the expansion. If not, the brewer has a backup plan, executives said. 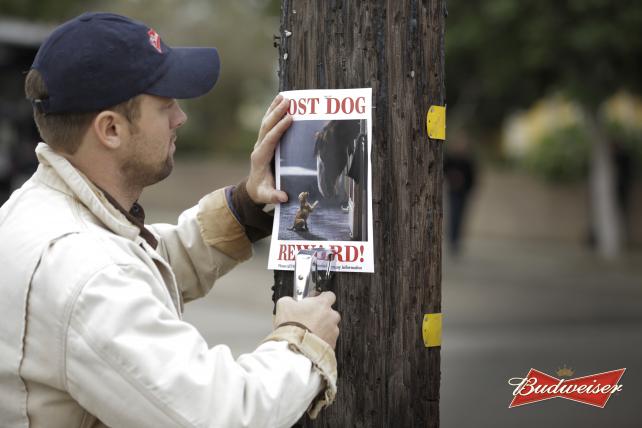 One of the Budweiser spots will feature the Clydesdales who will "help a puppy who has lost his way learn the true meaning of friendship," according to the brewer. Bud used the puppy-horse formula last year to produce one of last year's best-recieved Super Bowl spots. A second Bud ad will highlight Bud's "brewing credentials."

The Super Bowl ads come as Anheuser-Busch begins a new media strategy as it seeks to remain relevant with millennials in an age where smaller craft beers are the rage among young drinkers. Part of A-B InBev's plans include focusing its media investment during 17 key beer-selling weeks, Mr. Socquet said. A majority of those weeks occur during the summer. That means A-B InBev will likely divert some spending from the winter to warmer months, generally bracketed by Cinco de Mayo and Labor Day.

A-B InBev is also making big plays in music and food-based marketing, while growing its portfolio of smaller brands.

But Mr. Socquet stressed that the brewer remains committed to sports marketing, noting that one of those 17 key weeks is the week leading into the Super Bowl. As such, the brewer plans to release all of its ads early to take advantage of the usual pre-game ad buzz.

"Let's not forget how we got to be the No. 1 brewer in the U.S. The way we got there is by truly owning the sports occasion in the U.S. and it's something that we are extremely proud of," he said. "And it's something that is now the heartland of our brands." As a result, "all of those sports which are part of the U.S. culture will remain part of our core brands," he added. "That is not going to change."

The Bud Light Super Bowl ad will be used to tout the brand's new packaging that will eventually feature more than 100 different messages scrolled on bottles that is part of the ongoing "Perfect Beer For Whatever Happens" campaign. The effort debuted during a celebrity-packed 2014 Super Bowl ad.

The star of the 2015 Super Bowl spot will be a regular drinker who orders a beer labeled "the perfect beer for stepping outside for some old-school fun." The drinker will then confront a giant coin that will be inserted into a wall to unlock the Pac Man game.

A-B InBev declined to elaborate on the details of the Budweiser Super Bowl ad that will tout brewing credentials. "This is going to be a spot where we talk about the beer -- where we talk with swagger and pride and attitude about why Budweiser is the best beer in the world and what it takes to brew Budweiser," said Budweiser VP Brian Perkins.

Then he made a pretty bold prediction: "I guarantee you that this is going to be a spot that captures the national conversation and captures the zeitgeist in America on Super Bowl Sunday."

The brewer, like all Super Bowl advertisers, has millions of dollars riding on it.