Even before most Americans were confined to their homes due to the pandemic lockdown, 2020 was predicted by many industry watchers to be the turning point in the shift from linear TV to streaming—in terms of viewing habits, if not ad dollars. A year later, that transformation has occurred exponentially faster than anticipated. Increasingly, not only is streaming the preferred platform for television viewing, for many it’s the only platform.

eMarketer projects that in just two years, streaming services will fully overtake cable subscriptions, and 64.4 million homes will watch streamed content exclusively. But while the predominance of streaming grabs all the headlines, the mostly untold story is the growth of advertising-based video-on-demand (AVOD).

Up to 90% of all video ad budgets continue to go to linear spends, according to eMarketer. This imbalance of where the ad dollars go compared with where the audience goes leaves a lot of opportunity for companies that can be flexible and think outside the cable box. For advertisers in search of a younger, more diverse and nationally representative audience who can’t be reached via linear TV, AVOD will become an even more prominent complement to existing linear campaigns in the year ahead.

The new television landscape: Where the viewers are

Network and cable TV have long been the standard for home viewing options, and in many ways, the waves of cord-cutters in the past five years have been early adopters. While live events such as the Super Bowl and the Oscars are big draws for network audiences and advertising, larger numbers of consumers are recoiling from paying for extra channels that they don’t watch, all while cable costs significantly outpace inflation. According to Broadband Search, 45 million consumers cut the cord in 2020.

Compare that with the exponential growth of streaming services. According to Tubi’s  audience report, The Stream: 2021 Actionable Audience Insights for Brands, which can be downloaded here, consumers subscribe to an average of four streaming platforms per household and watch roughly 13 hours of content each week. Our 33 million monthly active users streamed more than 2.5 billion hours last year—a 58% growth in viewership over 2019—and since nearly half our streamers do not have cable, our audience represents an incremental reach of 80% over the top 25 cable networks, according to MRI-Simmons.

Streaming skews younger as well; the majority (57%) of Tubi’s younger streamers (18 to 34) do not subscribe to cable. Not only are they eschewing the traditional advertising model, but they are also becoming increasingly unreachable by linear TV. Nearly half of Tubi’s active monthly users are under 35, making them 20-plus years younger than traditional television audiences. Additionally, 36% of these viewers’ households have children, meaning there are multiple built-in demographics per home.

Tubi’s platform has a large diverse representative audience with African American, Hispanic and Asian audiences comprising 39% of our user base. But Tubi’s diversity extends beyond racial and ethnic groups to include geographic diversity as well, with significant shares of viewers in harder-to-reach American markets such as the Midwest and Southeast.

For better or worse, the COVID-19 pandemic made on-demand streaming a necessity for many families who were suddenly doing educational overtime—documentaries, science shows and other “edu-tainment” for kids and teens became breaks that parents could use to attend to their own work or Zoom meetings. Last September, we did research that found more than half of parents surveyed (55%) viewed TV as an educational tool to keep their child learning when school wasn’t open.

And while the unemployment and underemployment rates spiked over and over again in 2020, consumers cut living expenses where they could. Cable bills are typically among the first to go, making free streaming platforms such as Tubi valuable resources for adults and kids alike.

Networks have taken note of these changes in viewership habits, and many responded by acquiring digital arms that already had the capability and capacity to quickly scale their streaming options. Just last year, Disney became the majority stakeholder in Hulu (after launching Disney+ in late 2019), NBCUniversal debuted Peacock, and Fox acquired Tubi. This week, ViacomCBS announced that the rebranded CBS All Access would launch in March as Paramount+.

Where streaming advertising needs to go

Ever since the advent of streaming TV and AVOD, as long as linear TV owned the vast majority of viewers, it also attracted the vast majority of ad spend. But according to an Advertiser Perceptions study commissioned by Tubi, advertisers now value streaming at rates equal to or higher than traditional linear TV for a range of metrics, including total reach, quality of content and experience, demographics and measurement of metrics. Advertisers found that AVOD is more effective than both linear and digital ads, and two-thirds of advertisers plan to increase their streaming ad buys in the first half of 2021.

And yet managing ad frequency and greater transparency of data were two of the top concerns among advertisers, and netting new, otherwise unreachable audiences is a priority. Nearly two out of five marketers said they would invest more in streaming if they could better manage ad frequency. Streaming advertising solutions such as Tubi’s Advanced Frequency Management tool give advertisers full control over their ad frequency across all demand sources, with early tests indicating a 366% reduction in overfrequency and 20% efficiency in increasing reach.

It’s clear that streaming services will continue to grow and outpace linear television in the coming years, and savvy advertisers are already allocating their 2021 budgets to accommodate this incremental reach. The opportunity for increasing ROI and maximizing brand impact is surging at streaming services, and savvy marketers will continue to reallocate TV spends to stay ahead of the curve.

Tubi, a division of Fox Entertainment, is an ad-supported video-on-demand service with over 40,000 movies and TV shows, including a growing library of Tubi originals, more than 100 local and live news and sports channels and 250+ entertainment partners, featuring content from nearly every major Hollywood studio. Tubi gives fans of film, television, news and sports an easy way to discover new content that is completely free. 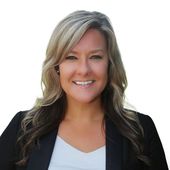