If you’re reading this, chances are you’ve likely thrown your fair share of 2020 marketing plans out the window amid scrapped shoots, delayed launches, ever-shifting budgets, Zoom this, Zoom that. These challenges have really pushed marketers creatively, leading to some incredible work online—and especially on Twitter. From epic watch parties to crucial campaign pivots, marketers brought all the feels and really got to the heart of what the best marketing is all about—connecting with people.

Here are Twitter’s picks for the 10 campaigns and brands worth remembering from a year we’ll never forget.

Best campaign for quenching our thirst for sports

When live sports were abruptly taken away from us in 2020, ESPN’s “The Last Dance” quickly became the sports event of the year and reignited our passion for Michael Jordan and the Chicago Bulls. This was Gatorade’s time to shine, except it wasn't an official sponsor. So it partnered with the NBA to turn back the clock, streaming Game 6 of the 1998 Finals on Twitter (spoiler alert: the Bulls won their sixth title). Teaming up with OMD, TBWA\Chiat\Day, Optimum Sports and Swift, Gatorade gave us that big sports moment we so badly needed, iconic “Be Like Mike” ads and all.

When everyone is urged to stay put, how does a brand built on moving people respond? By putting people’s safety first. That’s exactly what Uber did with its #MoveWhatMatters campaign. In collaboration with Wieden+Kennedy and MediaCom, Uber’s in-house creative team asked us all to stay home. And even though its message on Twitter was to stop using the app, Uber never stopped moving. Its drivers delivered 10 million free rides and food to front-line workers, seniors and people in need. We’d say that’s worthy of a perfect rating.

If you can, stay home. We can stop this. #MoveWhatMatters

Best brand speaking out and standing up

There’s no arguing that it was a tough year filled with tough (yet necessary) conversations. While many brands chose to avoid the spotlight, Ben & Jerry’s stepped up. Whether working to “dismantle” white supremacy or speaking out against the gender pay gap, the beloved ice cream company came to Twitter to take a stand. Like so many other Unilever brands, Ben & Jerry’s used its influence to do what’s right—not what’s easy. And for that, we salute them.

Tomorrow is #Juneteenth! Learn more about the origins of the holiday and why we need to stand together and continue the long march toward justice: https://t.co/Z3baQD7mm8 pic.twitter.com/k0M7MbvMfq

Best campaign for connecting us from the couch

The beginning of a pandemic? Not an ideal time for a movie premiere. This was the dilemma Universal Pictures faced with the launch of “Trolls World Tour.” But it knew the show must go on. In an industry first, it released the movie directly to premium video-on-demand and hosted a live watch party on Twitter. Universal and partner agency Essence took to Twitter to spread the word and celebrate the film’s release, using all the movie’s star power they could. And it worked. “Trolls World Tour” became the biggest Universal digital release ever, bringing joy to families tuning in from around the world.

Are you ready for the #TrollsWatchParty and World Premiere happening tomorrow?! 🎉

1️⃣ Set Your Reminder Below 👇 👇 👇
2️⃣ Pre-Order #trollsworldtour
3️⃣ Get Ready to Watch and Live-Tweet with us!https://t.co/kukrS3s6Q4

Paying it forward is a simple, beautiful concept that Verizon acted on in 2020. With partner agencies R/GA and VM1, it brought back a sense of community with #PayItForwardLIVE. Verizon live-streamed concerts and gaming events on Twitter for eight weeks, entertaining fans while also helping small businesses affected by the pandemic. Its first livestream featuring the Dave Matthews Band earned a 100% net positive brand sentiment—the highest ever for a Twitter livestream by or from a brand.1 Fans and small businesses were happy. And Verizon was more than happy to pay it forward.

❤ this tweet for a reminder every Tuesday and Thursday to tune in to our #PayItForwardLIVE livestreams, where big names come together to support small businesses. pic.twitter.com/DgCcRNmQYX

Best campaign from the future

Leading up to the Season 3 premiere of “Westworld,” HBO’s in-house creative team worked with Hearts & Science to give fans in Mexico, Brazil and the U.S. a proper #Welcometo2058. When a fan liked an @WestworldHBO tweet to get a premiere reminder, a Twitter app connected to the show’s handle communicated with IBM’s Watson Personality Insights service. After analyzing the fan’s most recent tweets, the app then assigned their fate in 2058, matching the fan based on personality type to old and new characters alike. How cool is that?

.@WestworldHBO is now powered by Incite - we've done our research and we know your past. Who are you based on your Twitter history?

❤️ this Tweet and we'll analyze your Tweets to find your future, and remind you to tune into the season premiere on Sunday. pic.twitter.com/WaFILGRtrQ

Best campaign for making us nostalgic

Blockbuster Video stores around the world have essentially become extinct—all but one. When Airbnb decided to offer us the opportunity to spend the night at this one last store, it turned to Twitter. More specifically, to a single tweet from the iconic video store itself (and its first in six years). People on Twitter went wild. At a time when we all needed an escape, Airbnb gave us the best blast-from-the-past place to do it—a beautiful example of being kind and letting us rewind.

...cause the last BLOCKBUSTER in the world will be offering movie lovers in Bend a 90s themed sleepover for a limited time—only on airbnb. who’s down? 👀https://t.co/dd4yz1UtZP pic.twitter.com/NJEZK2wxeW

Walking the stage to accept your diploma is a big moment. Unfortunately, the pandemic had other plans. So Chase asked the collective graduating class of 2020 to #ShowMeYourWalk. This consisted of a two-part graduation event live-streamed on Twitter, one for high school and college grads and another for historically Black colleges and universities. #ShowMeYourWalk got 44 times more views livestreaming on Twitter than any other social video platform, uniting students in a way no physical stage could.

Join us for a special live stream event May 2nd for all 2020 grads, featuring guest speakers Kevin Hart, Serena Williams and Stephen Curry. Get ready for a virtual graduation walk like no other. Spread the word and tag a 2020 grad in the comments below. #ShowMeYourWalk

Best campaign that rallied a community

“We are struggling. This isn’t a joke. Support your fav deli for dinner tonight. Thx” was what Dan Raskin tweeted to his followers when his family business began to feel the repercussions of COVID-19. With help from the Fresh Content Society, Manny’s Deli took an honest approach. Its owners asked their Chicago neighbors to show some neighborly love. And it worked. With a single tweet, they drove a 1,500% increase in sales, 20 million media impressions and 500,000 engagements across all channels and media pickup2—proof that a little noshing and a little tweeting can go a long way.

“Hello, internet. Thank you for supporting Manny’s. We really appreciate it. You are all family to me.” - Gino pic.twitter.com/CCL1AwTqMw

Best campaign for pivoting when it counts

The U.S. Census Bureau spent over a year carefully planning the launch of the census survey. Then 2020 came along. So the bureau pivoted with the help of its agencies, Reingold and Culture One World. For the #2020Census launch, they used Twitter’s takeover products to drive awareness and own the coveted top place on the timeline for 24 hours. They also got influencers on board to speak to young people and those in underrepresented communities. In a year where knowledge was more important than ever, the U.S. Census Bureau went to the place where the important conversations were happening—Twitter.

Nothing about us should be decided without us. That includes our representation in Congress & resources in our communities.

The article “Best of Tweets 2020” first appeared on Marketing.Twitter.com. 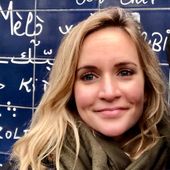