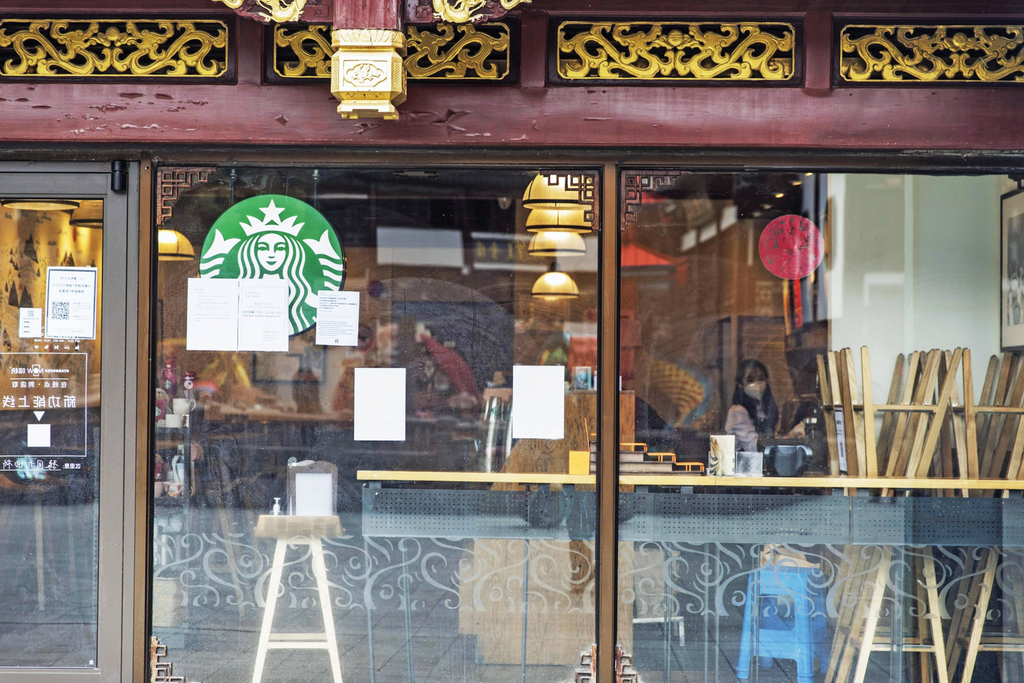 Countless flights have been canceled, agencies have been keeping employees home and businesses have been feeling the impact of the recent coronavirus outbreak, as Chinese authorities struggle to contain the deadly disease that now numbers tens of thousands of cases worldwide.

U.S.-based marketers with operations in China are feeling the squeeze of a population fearful of contagion and, in some areas, under quarantine. In late January, Starbucks said it had temporarily shuttered more than half of its roughly 4,100 Chinese stores—which account for 10 percent of the company’s global revenue—while Bloomberg reports that Dunkin’ Brands opted this month to close around half of its 71 Dunkin’ and Baskin-Robbins outlets in the country.

Yum China Holdings, which operates KFC, Pizza Hut, Taco Bell and other restaurants in mainland China, has closed more than 30 percent of its restaurants and has seen a substantial decline in sales at the ones that remain open, says Chief Financial Officer Andy Yeung, noting that the outbreak had caused “significant interruptions to our business.”

To reduce transmission risks, Yum’s stores in China have rolled out “contactless delivery,” in which the person delivering the food sets it down and is not near the person retrieving the order (its restaurants have instituted a similar contactless protocol for in-store pick-up). Despite relatively strong delivery sales, Yum China may see an operating loss for the first quarter and, if sales trends continue, for all of 2020, Yeung adds.

The coronavirus outbreak will also have a “material impact” on the Chinese operations of brewing giants such as Anheuser-Busch InBev “as consumers avoid going out to socialize and economic activity slows,” a report from research firm Evercore ISI suggests. Stateside, meanwhile, Corona has gone on the offensive, refuting claims that some consumers are confusing its beer with the deadly virus.

Globally, major airlines including American, Delta, the Netherlands’ KLM and Hong Kong-based Cathay Pacific have reduced or suspended service to destinations across mainland China in an effort to stem the spread of the disease. The wide-ranging service disruptions come as many international agencies have halted travel to China for their employees as a precaution.

Based on recommendations from the World Health Organization and the U.S. Centers for Disease Control, agency holding companies including Dentsu, Publicis, Havas and Interpublic Group of Cos. have implemented restrictions on non-essential corporate travel to China, with IPG also advising against trips to Hong Kong.

Some agencies with a presence in China—which are primarily grouped around the commercial centers of Beijing, Shanghai and Guangzhou—have cautioned their China-based employees who were out of the country when the outbreak intensified to stay put until further notice. In line with Chinese government guidelines, shops there extended the Lunar New Year Holiday through Feb. 9, though some, such as BBH, are giving staff additional time off.

“After [Feb. 9], we will see how the situation goes and what we will do,” says Anomaly Shanghai CEO Eric Lee, who suggests that employees could also work from home if the outbreak is not contained soon—which is looking increasingly likely as the amount of recorded cases continues to rise.

More than 25 countries, including the U.S., now have at least one confirmed case of the disease, as Chinese authorities work to contain the virus that originated in the now-sealed city of Wuhan, in central China’s Hubei province.

In the face of widening quarantines, retailers are also losing out on business both within China and in destinations abroad that rely, in part, on Chinese tourism dollars. High-end marketers with the most exposure to China include LVMH (parent of brands including Louis Vuitton and, soon, Tiffany) and Tapestry (Kate Spade and Coach), according to Oliver Chen, a retail analyst with Cowen & Co.

As travel to and from China wanes, Marriott has begun waiving cancellation fees through the end of February for guests who had booked at its properties in mainland China, Hong Kong, Macau and Taiwan, as well as for customers traveling from those regions to other destinations.

Since the coronavirus outbreak was declared a global health emergency by the WHO in late January, China’s booming manufacturing sector has suffered “production shortages, depressed commercial activity, and general business uncertainty,” says Chu Yin Chau, an analyst with Greenlight Insights, citing difficulties in the virtual- and augmented-reality industry.

The outbreak has also taken a toll on Chinese auto sales and production, with Volkswagen’s operations most at risk, according to a Standard & Poors report cited by Bloomberg; the ratings service downgraded sales expectations in the world’s largest automotive market, saying they will no longer meet the 1-2 percent growth in 2020 that was previously projected. That slump follows JPMorgan’s slashing of its global GDP forecast from 2.6 percent to 1.3 percent in the first quarter of this year as a result of coronavirus fears.

Last week, citing outbreak-related hygiene concerns, LG Electronics and China-based ZTE both canceled events at the Mobile World Congress, one of the world’s largest wireless tech conferences set to be held in Barcelona later this month. (That conference draws 100,000 annually, according to its organizer.) Meanwhile, those who still plan to attend have been cautioned to avoid handshakes and microphones.