Clean Break: Why J&J is enlisting teens with modest followings as influencers

Dillon Eisman, 18, runs a nonprofit in Southern California that restores damaged apparel for homeless teens. That work earned him publicity as a People magazine "Hometown Hero" last year, but Eisman still never thought of himself as an "influencer."

So Eisman was surprised when a casting director reached out to him to make an audition video promoting a skincare brand. "At first I thought it was a scam," says Eisman. "It was just so random."

Now, Eisman is among the teens who star in videos for Johnson & Johnson's Clean & Clear—his video alone has received more than 3.2 million YouTube views since June. Together they have helped boost Clean & Clear sales 19 percent since February, according to the company.

Eisman still doesn't have much of an Instagram following—he's at 1,471 as of this writing—but says he thinks it's kind of cool to have a Screen Actors Guild card, which he had to get for the project. And his modest earnings from work that took him about 30 hours in total are helping him start a new chapter of his nonprofit, Sew Swag, at Washington University in St. Louis, where he's a freshman.

While many companies look to land Kim Kardashian-style mega-influencers (she has 116 million Instagram followers) to push their products, J&J is trying a much more moderate approach for Clean & Clear. In February, the company began to use teens with about 500 followers each who, like Eisman, might never label themselves influencers at all. The brand and its agency, VaynerMedia, are betting these teens will resonate with their peers during a time when social media is rotten with fake followers and questions are growing about how real influencer endorsements really are.

The brand opted for "trying influencers who weren't famous per se but [are] doing things that other kids responded to authentically, letting them tell their story and building the products and brands from there," says Simon Geraghty, U.S. acne portfolio lead for J&J. 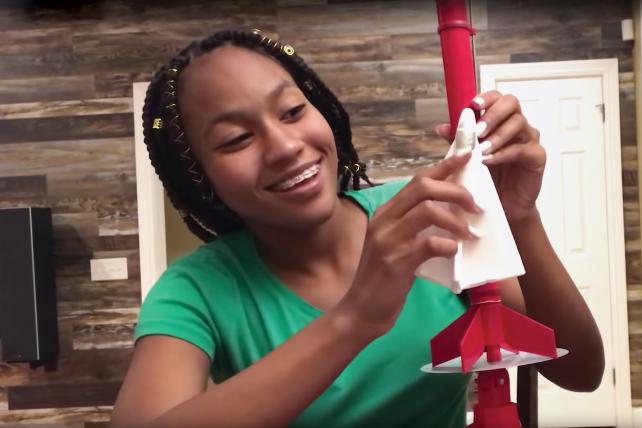 But while they were once seen as the more "authentic" alternative to traditional media with actors playing parts, influencers now face a widening trust gap. Unilever Chief Marketing and Communications Officer Keith Weed said in Cannes this June that his company no longer pays influencers for their number of followers—which is too easy to fake—but is instead basing payments on those influencers' engagements with followers. Rival Procter & Gamble has adopted a similar approach, says Chief Brand Officer Marc Pritchard, who did not offer specific examples.

Neither call out influencers they've dropped, which may be a good idea, considering even those with fake followers usually have plenty of real ones, too.

Points North estimates fakes are rampant, with as many as 72 percent of influencers' followers in some recent big-brand campaigns being counterfeit. Yet marketers pay an average of 0.3 cents per follower regardless of their authenticity, it says. And when brands shift to paying only for engagements, the firm's CEO Peter Storck says the cost likely nets out to a similar average outlay. 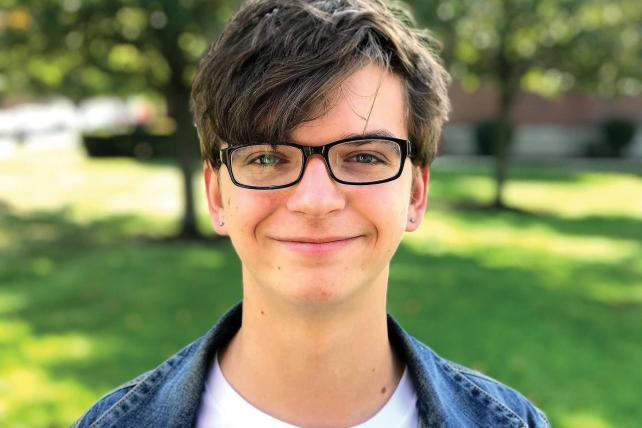 Even if the audiences were entirely real, the sausage-making behind influencer payments can be unpalatable even to those in the industry. In an August Instagram post, blogger and cosmetic artist Kevin James Bennett, who also works as a consultant linking brands with influencers, says he was quoted the following prices by the manager of an unnamed top beauty company: $25,000 for a product mention in a multibrand review; $50,000 to $60,000 for a dedicated product review; $75,000 to $85,000 to do a negative review of a competing product; and a 10 percent share of sales generated by the affiliate links from the influencer's Instagram and YouTube posts. In the post, he called the idea of paying influencers to harm competitive brands "mob-like behavior," adding that it's time for the Federal Trade Commission to "start charging fines and shut this bullsh*t down."

Years ago, consumers became cynical over industry whispers that beauty magazines discreetly bartered editorial coverage for ad dollars. With influencers, the practice is a lot more blatant. Though the Federal Communications Commission requires payments to influencers be disclosed with tags, such as "#sponsored" or "#ad," according to Bennett's Instagram post, that rarely happens.

Yet despite the controversy about influencers, particularly big-name ones, research by social-media benchmarking company Shareablee finds consumers believe and respond to content created by influencers more than they do traditional brand advertising. 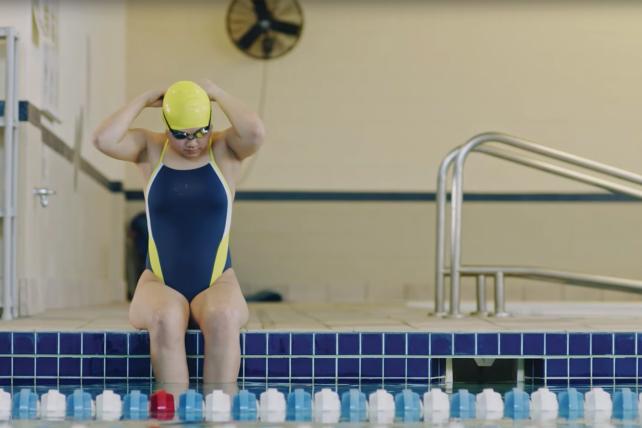 Clean & Clear reckoned it could find that credibility without the downside risks of fake followers or fake endorsements by reaching Gen Z through the voices of people more like their peers—and it says it's been proven right.

"If we looked at a metric, it was whether teens found them compelling when they talk about [the community good] they do," says Geraghty. "The point where we knew we were doing the right thing was when we were putting paid media in the marketplace, interrupting someone's feed with a paid post. That's normally where you see a lot of comments, usually 'I want to stop seeing this ad.' But this time most of our responses were 'Who is this person? How do I learn more about them?'"

Like other established marketers, Clean & Clear has been fighting upstart brands that appeal to millennials. Winning on acne products is particularly important. "They're the rite of passage into the beauty category, and where young kids get their first foray into beauty brands, so we have to get it right," says Kerry Sullivan, senior director of marketing for J&J beauty.

Gen Z has a different outlook on brands than millennials do, says Geraghty. "Millennials are much more drawn to those smaller, newer brands that represent them, and there was almost a pullback from established brands as a result," he says. "Gen Z is open to bigger brands. They're more pragmatic because they grew up in the post-2008 recession, but they'll hold them accountable and sense inauthenticity pretty quickly." He also says Gen Z responds better to brands that appear to be listening to them rather than talking at them.

Social-media research showed teens were drawn to "creative people, entrepreneurial teens, people getting more active in what was going on in their community or mentoring," says Geraghty. "So we sought teens who were making a difference but not necessarily famous. Then, instead of us saying, 'These three people best meet our brand requirements,' we had each teen create a video on their phones and took that in front of another group of teens to ask, 'Who do you find most interesting?'"

That drove decisions on casting, which in turn led to the selected teens making their own extended videos to tell their stories. A professional videographer also asked them questions and recorded footage.

Clean & Clear and VaynerMedia started with over 300 teens they identified as having potential for the campaign by searching social media and local press. They then narrowed that group down to the top 30, whose selfie videos were shown to a second research group to see how they responded. Ultimately, they narrowed that down to the six teens featured in brand content to date.

J&J declined to say exactly what the teens were paid but said that it was similar to what the company pays smaller-audience "micro-influencers" for other things—primarily a fee for their creative work. Eisman noted that he's being paid in accordance with terms of the industry's SAG-
AFTRA contract (of which J&J is a signatory.)

"What you see in the marketplace is a combination of their self-created pieces along with [professional video] with a couple of questions they answered," says Geraghty.

Working with Interpublic-owned media shop J3, Clean & Clear then put paid digital media behind the videos, particularly on Instagram and YouTube. "We would optimize in real time," says Geraghty, "optimizing based on engagement and view-through rates." Both measures have continuously improved over time, he adds.

Viewer comments have been positive, he says, and sales have shown particular strength at Walmart. Outside of some limited print advertising in teen titles, the influencer-fueled digital campaign has been the brand's only media support during this time.

Clean & Clear's teen team has helped boost one product in particular—oil-absorbing sheets. The medicated pads absorb face and body oil, and were long a steady but unexciting product line.

"When we gave the teens this product, it was one they really loved, and they created great content," Geraghty says. "They were using it all the time. Then we put it into paid media and auto-optimized based on performance, and it really took off. It had a 50 percent lift in sales after being stagnant a number of years." 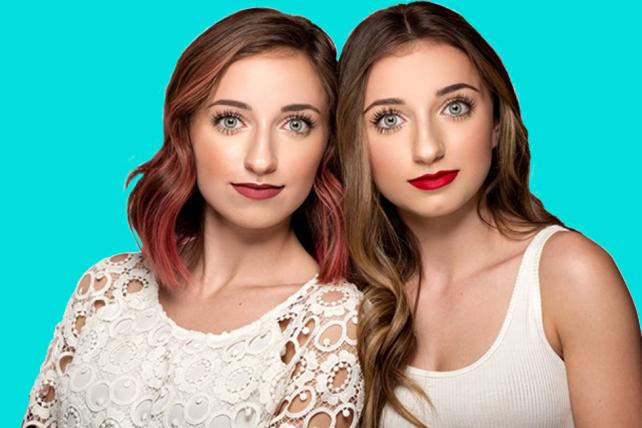 To launch a new Clean & Clear sub-brand, C&C, J&J has enlisted major influencers Brooklyn and Bailey McKnight and their 5 million-plus YouTube subscribers. The products, branding and creative have all been developed by a J&J team plus the McKnights. Neither an ad agency nor paid media are involved to date, outside the arrangement with the twin influencers.

C&C says it used bigger-name influencers in this case to help the startup brand gain some immediate awareness and credibility, particularly because it wasn't putting paid media behind the launch. The small J&J team developed the product in nine months versus the two years typical for similar product introductions.

Other beauty brands have tapped major influencers to launch products, such as L'Oreal in 2013 with Michelle Phan and EM Cosmetics (which Phan later took over). It hasn't really been done previously in acne products, though Proactiv, owned by Nestle and Guthy-Renker, is essentially a skincare brand hawked by a series of high-profile celebrities for over two decades now.

J&J declined to say exactly what the McKnights are being paid but says it's similar to arrangements it makes with other big influencers, plus an additional consultation fee for the product development.

With C&C, "we had the opportunity to take what Clean & Clear had been doing—of handing over the microphone and the camera to their consumers—and instead bring them into the conversation during the product-development process," says Rachel Behm, head of J&J's beauty incubator.

"We just made these products look and smell amazing and hopefully be something our young consumers think is cool enough to leave out next to their bathroom sinks," says Behm.

It's too soon to know if the concept will work. But because it's a brand created by a small team without media support or much other overhead, there's no pressure to blow distribution out to tens of thousands of additional doors to hit a stated goal right away. Initial distribution is in Ulta, on Amazon and via the brand website. C&C can employ trial and error to get things right if they weren't initially.

CORRECTION: An earlier version of this article incorrectly stated that VaynerMedia is a SAG/ClockwiseAFTRA signatory.