After graduating from Vanderblit University in 1998, Andrew Fischer headed west to pursue a career in finance at Merrill Lynch in San Francisco. Just two weeks later, he ditched global investment banking for ad tech, or as he says without irony, "I followed where the money was going."

After bouncing around several startups, he eventually co-founded Choozle with internet entrepreneur Jeffrey Finch. The Denver-based ad tech company has carved itself a slice of the $73 billion digital ad market with a self-serve platform that allows agencies to purchase digital ads online. It's also carved itself a reputation as a great employer, earning Choozle the No. 1 slot on Ad Age's Best Places to Work list.

"We launched Choozle nearly five years ago and the thesis was, we saw ad technology evolving quickly and there was a huge promise with data and programmatic, but it was still unattainable for a lot of clients," says Fischer. So Choozle's niche is small to midsize agencies that don't want to commit to the long-term contracts or $50,000 minimum ad buys common at larger outfits. Fischer says revenue last year at the privately held company was $9 million, and it added offices this year in London, Seattle and, yes, San Francisco.

The company, which now has 275 clients, is sharing its success with its 58 employees. Workers get paternity leave (in addition to maternity, of course), weekly team lunches, birthday treats and quarterly happy hours. Pets roam the office. 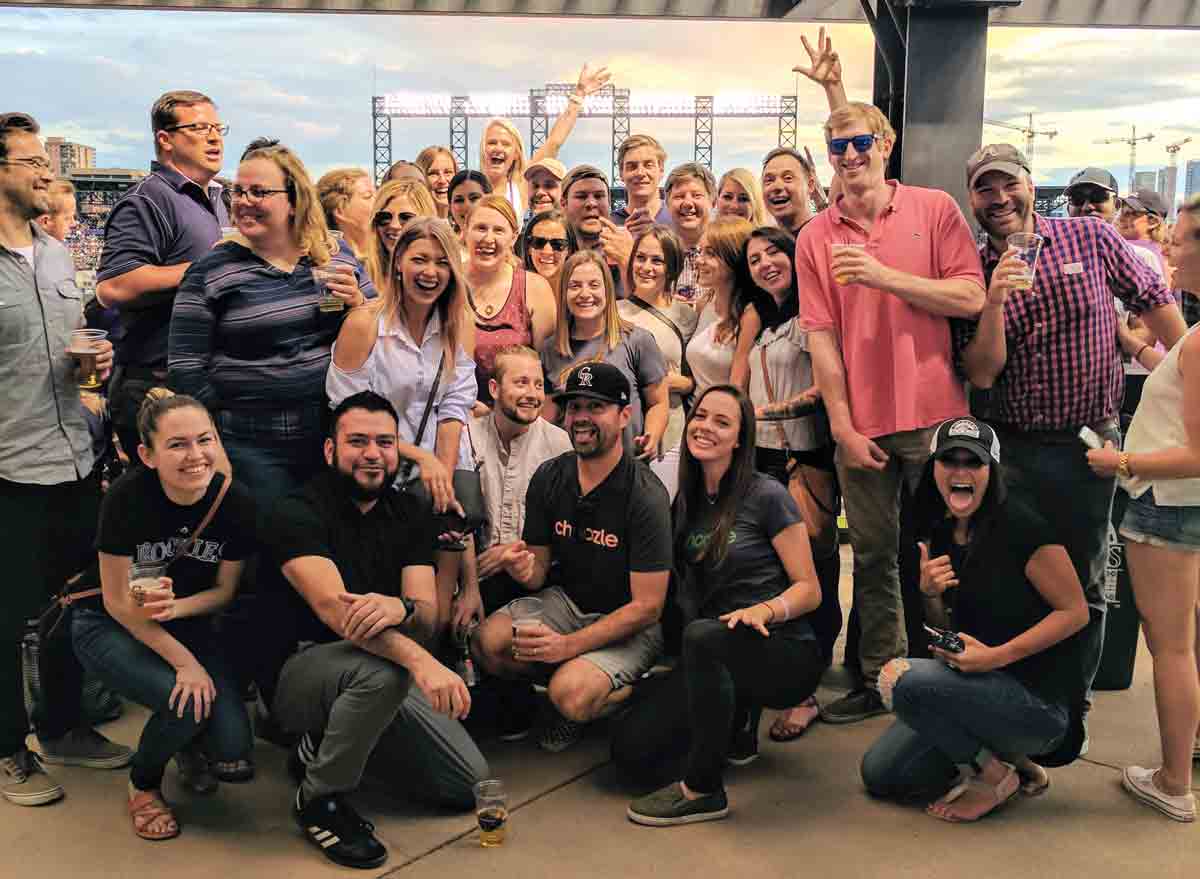 Choozle also takes employees on twice-yearly trips to the resort town of Breckenridge, Colorado. Kirk Nicklaus, a 27-year-old business intelligence manager at Choozle, says his most memorable moment at the company came during one of those all-expense-paid trips (three days and two nights), which included horseback riding, dogsledding, golfing and relaxing at a spa.

"One night, we went to the oldest bar in Colorado, the Gold Pan Saloon," Nicklaus says. "We had 45 people rocking" and singing karaoke. (Nicklaus performed "Picture" by Kid Rock.)

Choozle also opens staffers' horizons in other ways with two monthly stipends: one for educational endeavors and the other for well-being.

Megan Sullivan-Jenks, Choozle's director of communications and employee No. 2, says she used her stipend to take public-speaking classes. "It led me to apply and be accepted in CentHER Stage," she says, referring to a keynote speaker bootcamp for women who work in digital marketing. Another ad-ops employee used his stipend to finish his degree in computer information.

Others use their allotment for cooking classes, learning a new language, skiing, yoga or just going out and grabbing drinks with co-workers.

"There are always things you want to do, but without the motivation or resources, you don't do it," says Fischer.

"One of our core values is around balance," he adds. "We're a hard-charging organization, we love winning and we love growing, but I think we all have the perspective that we're not solving an important issue like poverty or hunger, so we take it with a grain of salt."

Fischer says being located in Colorado has done wonders for recruiting and retaining employees, especially as Denver has evolved into a tech and startup hub. But that's not the only reason. "Our geographical location is one of our crucial assets—whether it is recruiting talent or retaining talent, it's a big part of who we are," Fischer says. "There are fewer people in our office when there are powder days. ... I think there's a correlation there." 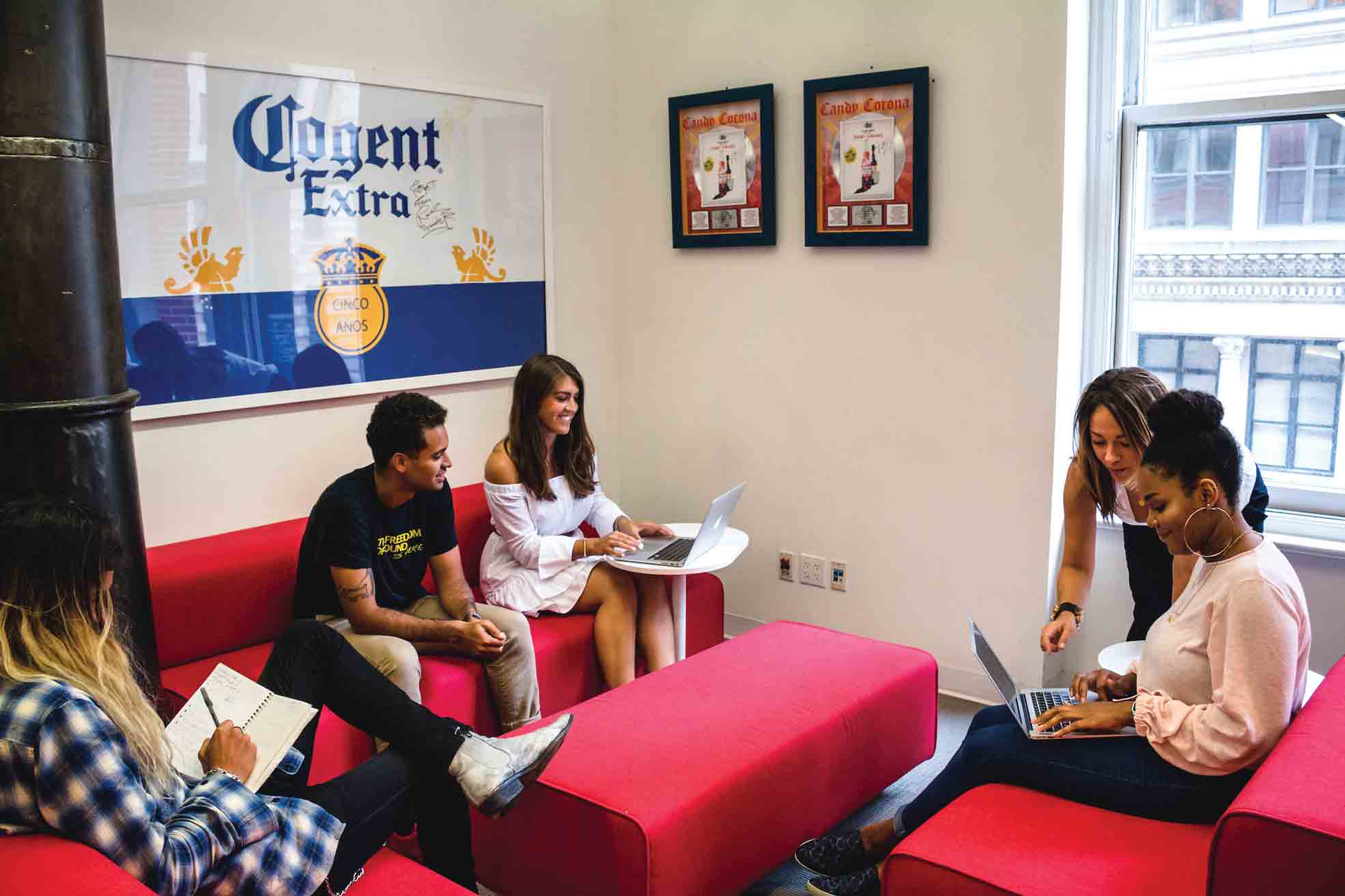 Credit: Courtesy of Cogent
No. 3: House of Kaizen
By Lindsay Stein

When the 22 U.S. staffers at House of Kaizen, with offices in New York and London, aren't focusing on performance marketing in digital media, they might be blowing off steam with team-building activities like zip-lining, egg hunts, trivia games and even impromptu dance parties. The agency, which also hosts an annual HoK's Got Talent event, gives staffers the option to work four days a week for 85 percent pay and full benefits. And to reward staffers, 57 percent of whom are female, the shop hands out birthday gift cards and work anniversary presents, such as hot-air balloon rides and designer bags. Plus, there are summer Fridays off and early-off Fridays the rest of the year. 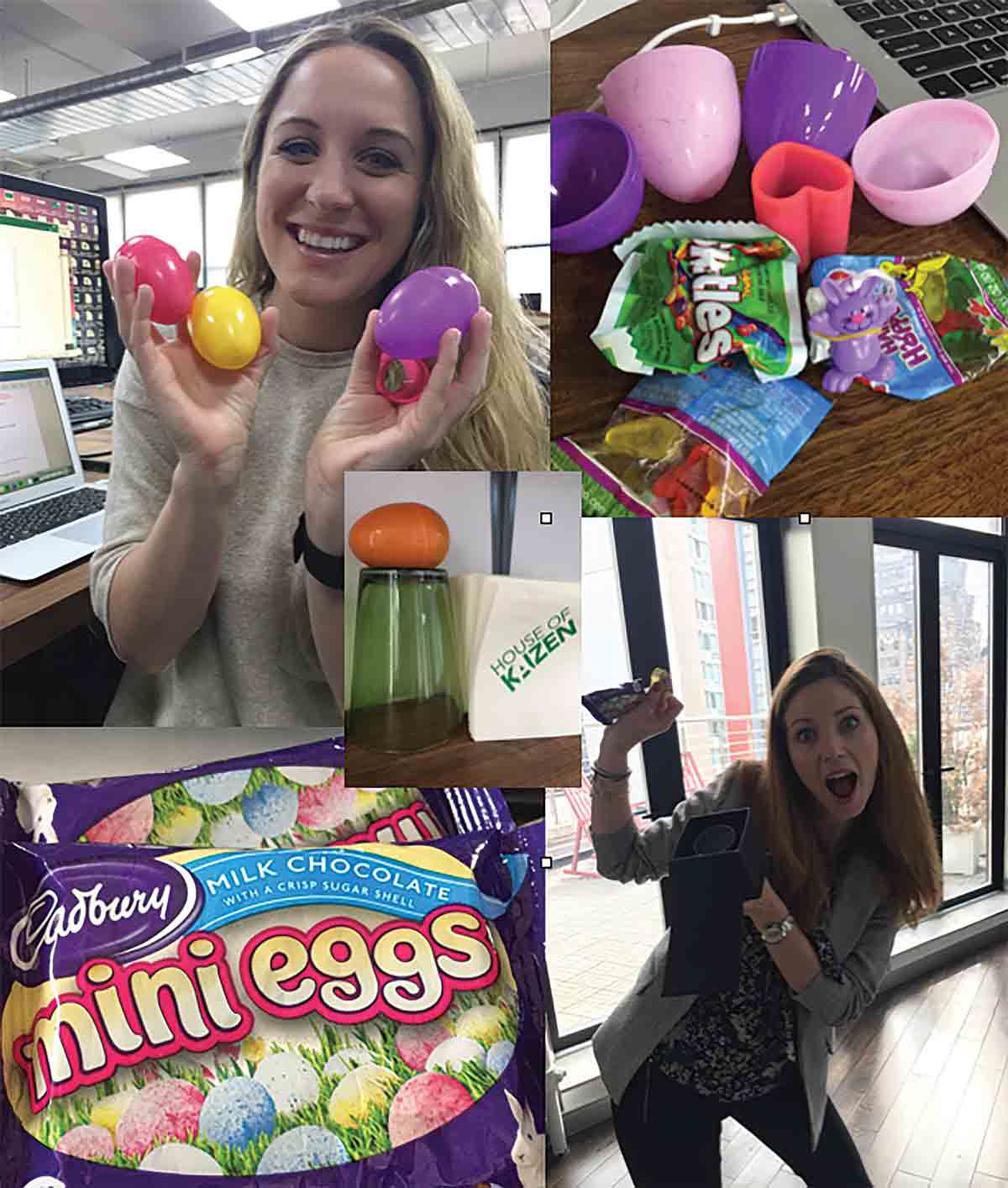 Credit: Courtesy of House of Kaizen
No. 4: Path Interactive
By Megan Graham

Digital marketing company Path Interactive has perks that range from the serious (health insurance deductibles 100 percent paid for by New York City-based Path, even for families) to the silly ("Mortal Kombat" and "Pac-Man" video games in the office to blow off steam). Employees can volunteer during the workday to read to kids through Pajamaprogram.org, which provides new PJs and books to children at shelters. The company also schedules and pays for a weekly fitness class for employees and takes them on a weekend outing to Montauk, New York, which involves a band and a party at the CEO's house. 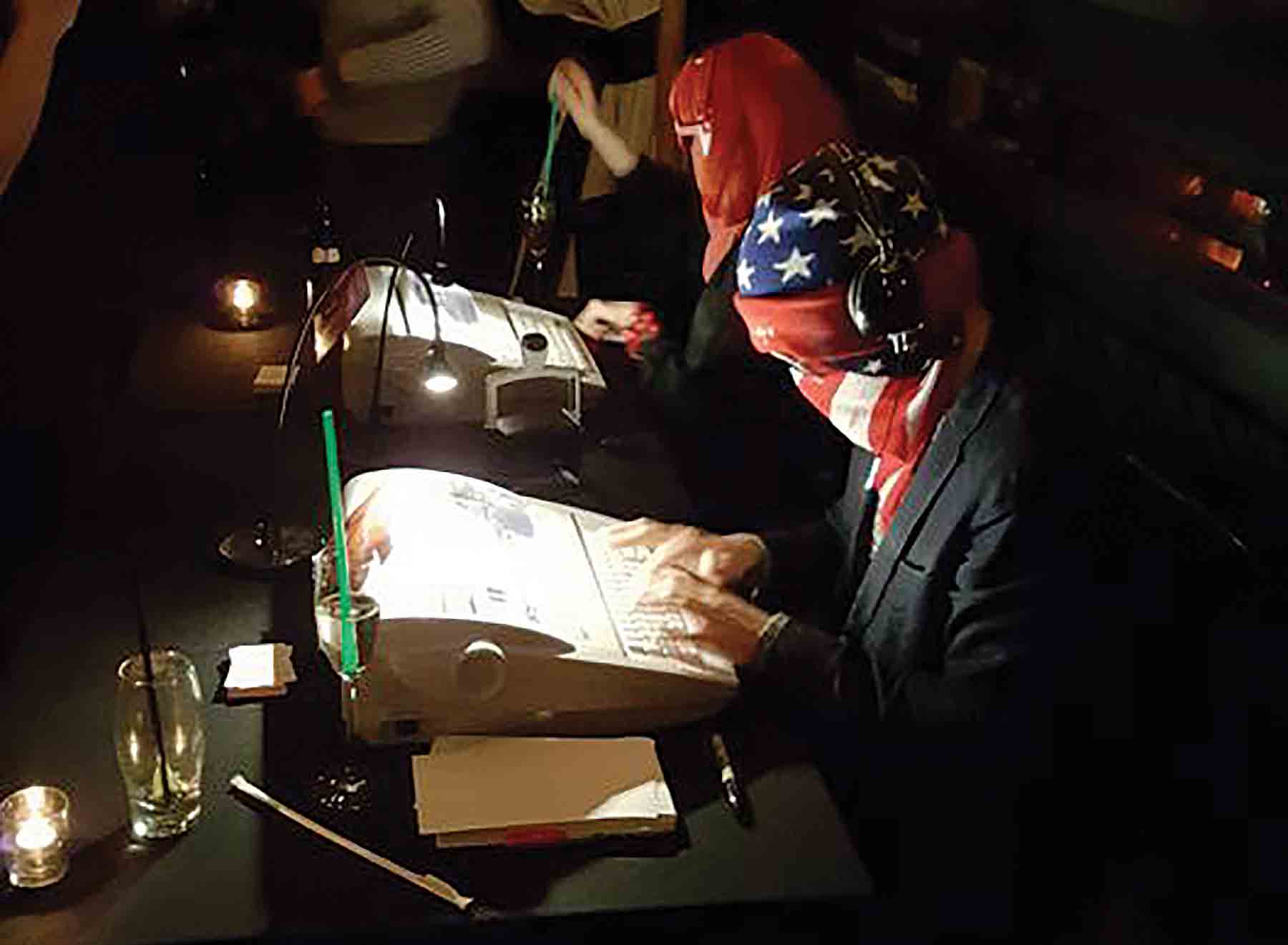 Credit: Courtesy of Path Interactive
No. 5: PMG
By Megan Graham

PMG, the digital marketing agency headquartered in Fort Worth, Texas, calls itself "small but mighty." It has just over 100 employees worldwide but seeks to keep its "talented and tenacious" group tightly knit across its other offices in Austin, Los Angeles, New York and London. The company promotes flexible work schedules and locations. PMG's annual holiday party is two nights at a luxury resort, where significant others are invited and each employee receives a free round of golf or a massage. Other odds and ends: a $250 gift card to new parents for diapers, monthly team-bonding trips to go bowling or go-karting, and free in-office yoga twice a week. 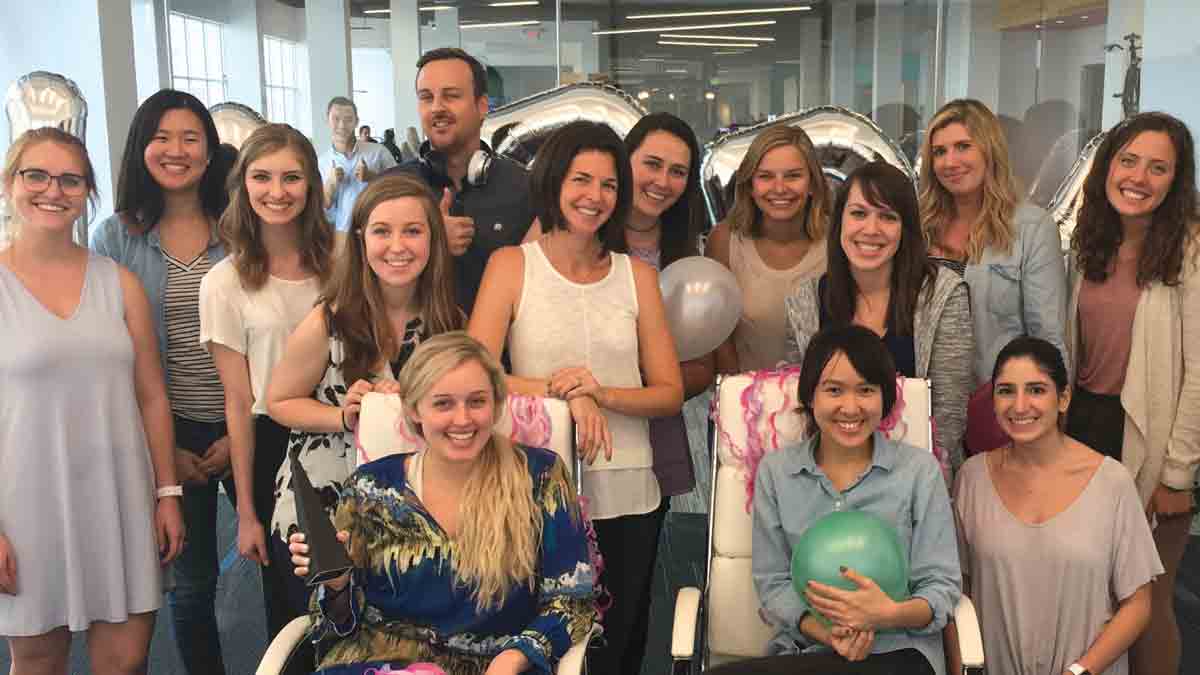 Credit: Courtesy of PMG
no. 6: Be Found online
By E.J. Schultz

Free Cubs tickets and half-day Fridays might seem like a scene out of "Ferris Bueller's Day Off," but it is a way of life at Chicago-based digital marketing agency Be Found Online. The perks are part of a generous benefits package offered at the shop, whose services include search engine optimization, social media and web analytics. To recognize standout employees, the agency hands out "golden tickets"; the person with the most each month gets to spin a prize wheel, with giveaways including cash and round-trip airfares. Be Found Online is also so dog-friendly that it once tried to offer pet insurance as a perk, though it didn't get any takers.

No. 7: Elite SEM
By Lindsay Stein

If flexible hours and perks like giving stipends for setting up workspaces to team members who live more than 50 miles from an office weren't enough, New York City-based Elite SEM offers its staff unlimited paid vacation. Employees also laud the 163-person digital marketing shop, which is more than half (53 percent) women, for having a "friendly and relaxed work environment" and an approachable leadership team. Plus, this crew spreads its happiness, supporting community service projects with its Get Up & Live committee and working with the likes of Habitat for Humanity and Ronald McDonald House. 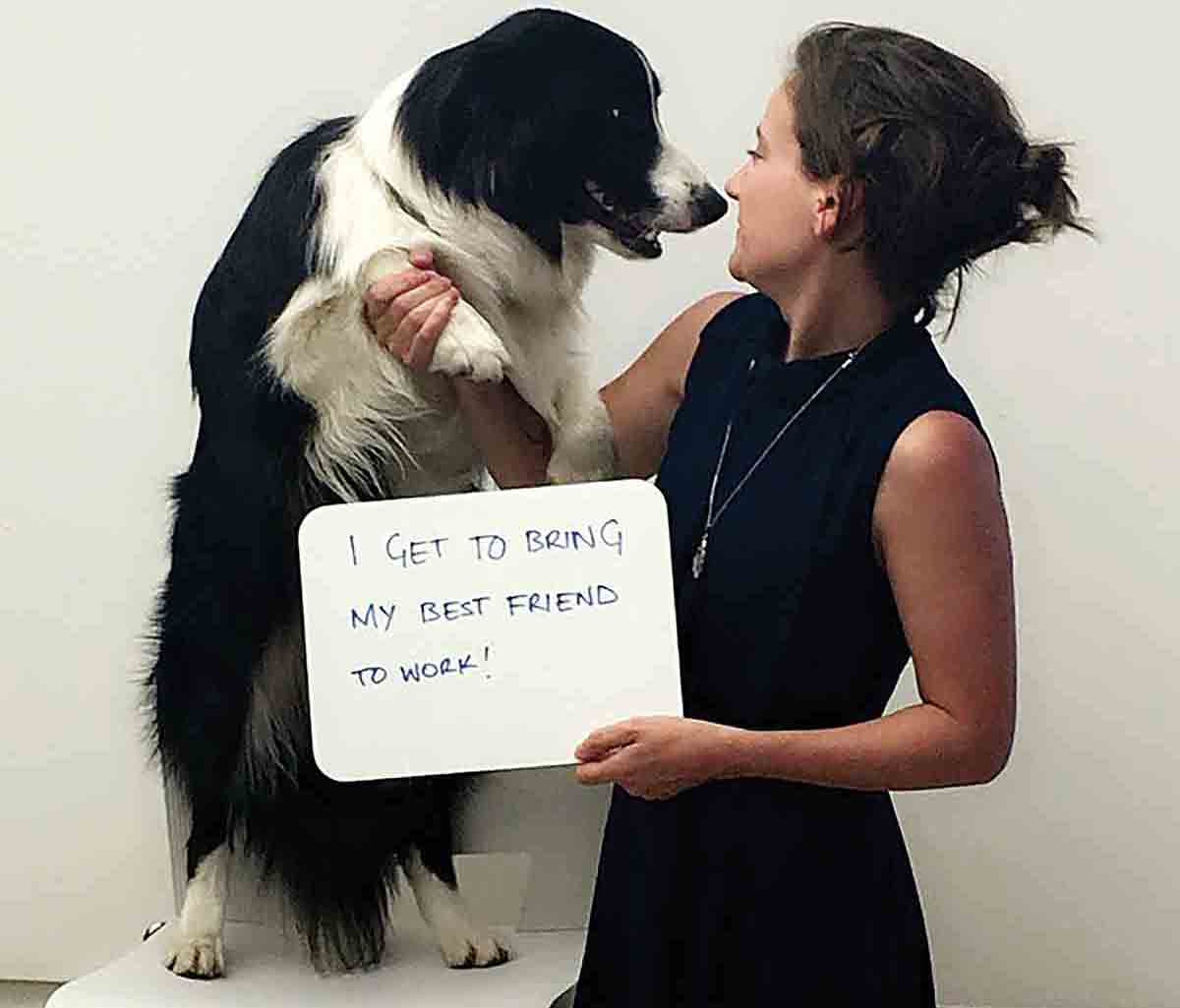 The agency that spelunks together stays together? Exploring a local cave was among the activities that employees at this Bloomington, Indiana-based agency partook in during one of the stress-relieving outings the shop organizes a few times a year. Other generous perks at the digital marketing shop include 20 vacation days after just one year of service and a quarterly "rest and rejuvenation" day off. When employees are at work, the agency takes education seriously, holding weekly training sessions and monthly deep dives with in-house and third-party experts. Hanapin also values one-to-one training, offering a mentoring program in which employees pair with an internal or external mentor. 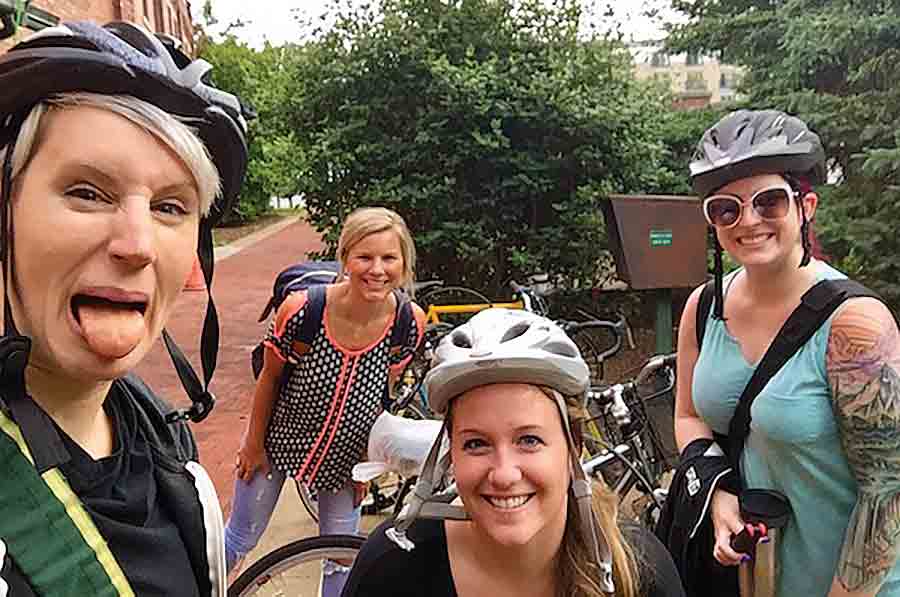 The Indianapolis-based independent creative shop keeps the minds and bodies of its staff healthy with shower and locker facilities, bike racks, yoga classes and even a "quiet room" for meditation, prayer or just a mental break. At a time when women are underrepresented in the industry, half of Young & Laramore's 50 staffers are female. To keep employees inspired, the shop offers every staffer $100 per year for an activity or purchase that sparks his or her creativity. On "Beer Thursdays," the staff comes together to review recent work and drink some suds. The company's organic office garden and green wall covered with potted plants aren't bad touches either. 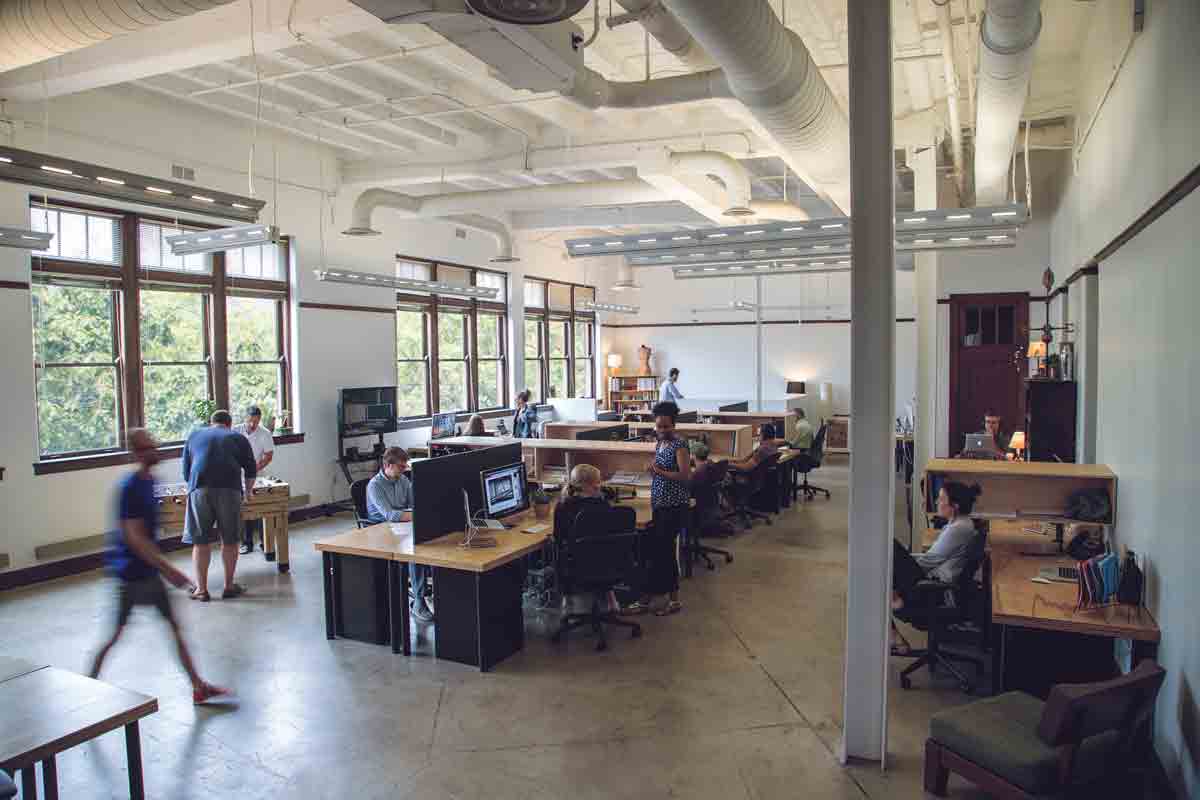 Credit: Courtesy of Young & Laramore
No. 10: Sharethis
By George Slefo

If you've ever shared a story or photo online, you've likely used the technology Sharethis created. The Palo Alto, California, company provides a share button that tracks what people are sharing as well as how many clicks those shares received. But with employees, it also shares the fun. It sometimes substitutes conference room meetings for walks, holds regular poker and game nights, and has an in-house exercise facility with a pull-up bar, yoga mat, elliptical machine and dumbbells.