Still struggling to become more diverse, advertising is starting to make space beyond the binary
READ THIS NEXT
Denny’s selects Anomaly as its new creative agency 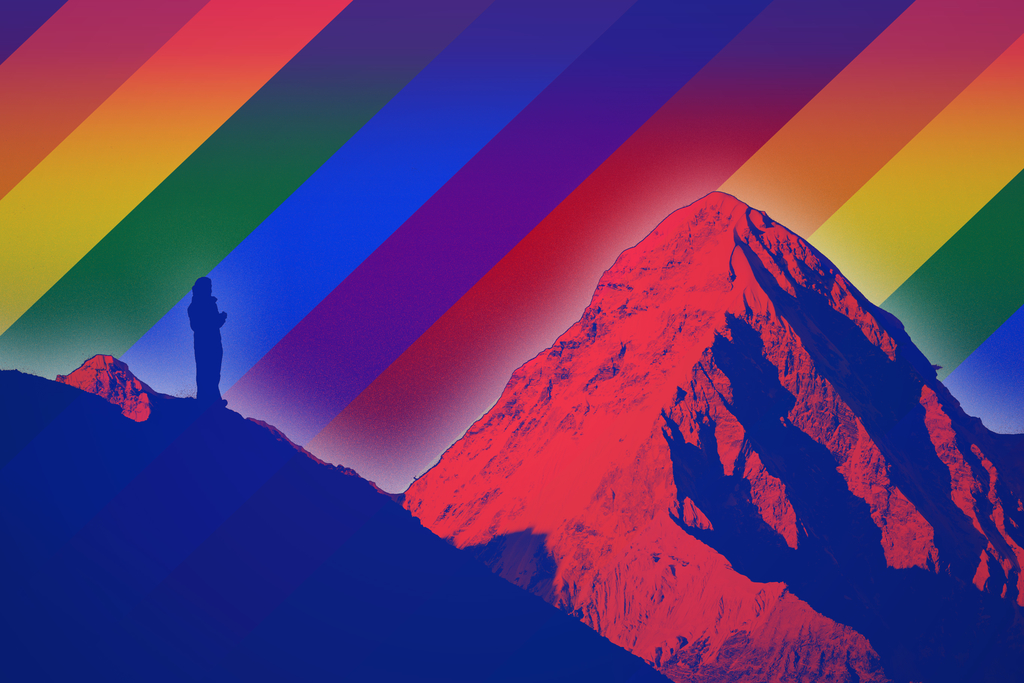 Chris Bergeron wasn’t sure how the pitch would go.

The proposal didn’t worry her. She and her team at Cossette, the Canadian communications and marketing agency, had prepared a good one. But she had worked with this client before, and that was the problem. They knew her as Christophe—a man.

Now VP of content experience at the agency, Bergeron, a trans woman, recalls this moment as a turning point in her life. “How are you going to present me to these people that knew me in the past as a man?” she asked CEO Melanie Dunn.

“I’m going to present you as a woman,” came the reply, “because that’s what you are.”

That sentence changed everything. “Every other aspect of my life before that was about fitting into a culture,” Bergeron says. “For the first time in my entire life, at the age of 40, I had acceptance and encouragement. I needed that extra push, of somebody actually making the effort to reach out and say, ‘By the way, you’re OK. You’re safe with us.’”

Cossette ended up winning most of the business, and still has the account nearly five years later.

“The next day, I was booking an appointment with the psychologist to start my [transition] process medically,” Bergeron says, “and six months after that I was taking hormones.”

Today, Bergeron tells her story to nods and applause from large crowds at industry events, a sign of how far society has come in just a few short years. Now brands like Squarespace include preferred pronouns in email signatures, and at least half a dozen presidential candidates list them in their Twitter bios. “Orange Is the New Black” actor Laverne Cox is a household name, and last month Virginia’s Danica Roem became the first openly transgender politician to be re-elected to a state legislature.

At the same time, at least 22 trans women of color have been murdered in the U.S. so far this year, according to the Human Rights Campaign, and a Supreme Court with a conservative majority is deciding three cases that will determine whether LGBTQ people are protected from employment discrimination. In an increasingly polarized society—and among the marketers whose job it is to reflect that society—progress on trans rights is a very mixed bag.

Advertising has a reputation, deserved or not, for being a casual, accepting industry where workers can be themselves at the office. That might mean skateboards in the hall or a lax adherence to gender norms. For Blake Desormeaux (they/them), a nonbinary senior communications and engagement strategist at Virtue Worldwide, a lucky Google search along those lines led to the industry. “I tried looking for the best industries for trans people or for gender non-conforming people, but I couldn’t find anything,” they say. “But then I did a proxy search and looked for industries with no dress codes.”

Bergeron herself decided to work at an advertising agency to get away from a stifling career in journalism, where she had been chief editor at an alt-weekly that prized tough, bearded leadership. “I had worked with agencies for special projects that ran in my paper,” she says. “There’s a sense of infinite possibility compared to journalism, and I thought maybe this is a place where I could reinvent myself among people who spend their days trying to reinvent brands.”

But every trans or nonbinary person in the industry has stories of discrimination. Being misgendered with the wrong pronouns is like having someone forget your name, says Britt Meyer (they/them), a genderqueer art director at Arc Worldwide. “The first time, I get it, it’s a mistake. The second time is like, ‘Oh yeah, you really should try a little bit harder.’ And then by the fifth time it makes me think that you just don’t give a shit, like you don’t care who I am.”

At a previous agency, Bergeron says she was asked not to use the women’s bathroom. “It was presented to me as a way to protect myself from complaints,” she says. “But, in fact, it was limiting my possibility of going to the washroom, a very basic need.”

At that same shop, a client on an account she had won objected to her presence, demanding “that thing” be taken off the account. She was moved to a non-client-facing position. Eventually, she was let go. The reason she says she was given for her termination: cultural fit and attitude.

Even the threshold for being “treated well” is low, says Winter Mendelson (they/them), the nonbinary founder of Posture, a creative agency and magazine. “Being free from sexual harassment, free from harassment in general and being gendered correctly should be the bare minimum of showing that you respect somebody. When you don’t use someone’s pronouns, what you’re saying is you don’t see them, you don’t respect them and that your ignorance takes precedence over their whole existence.” 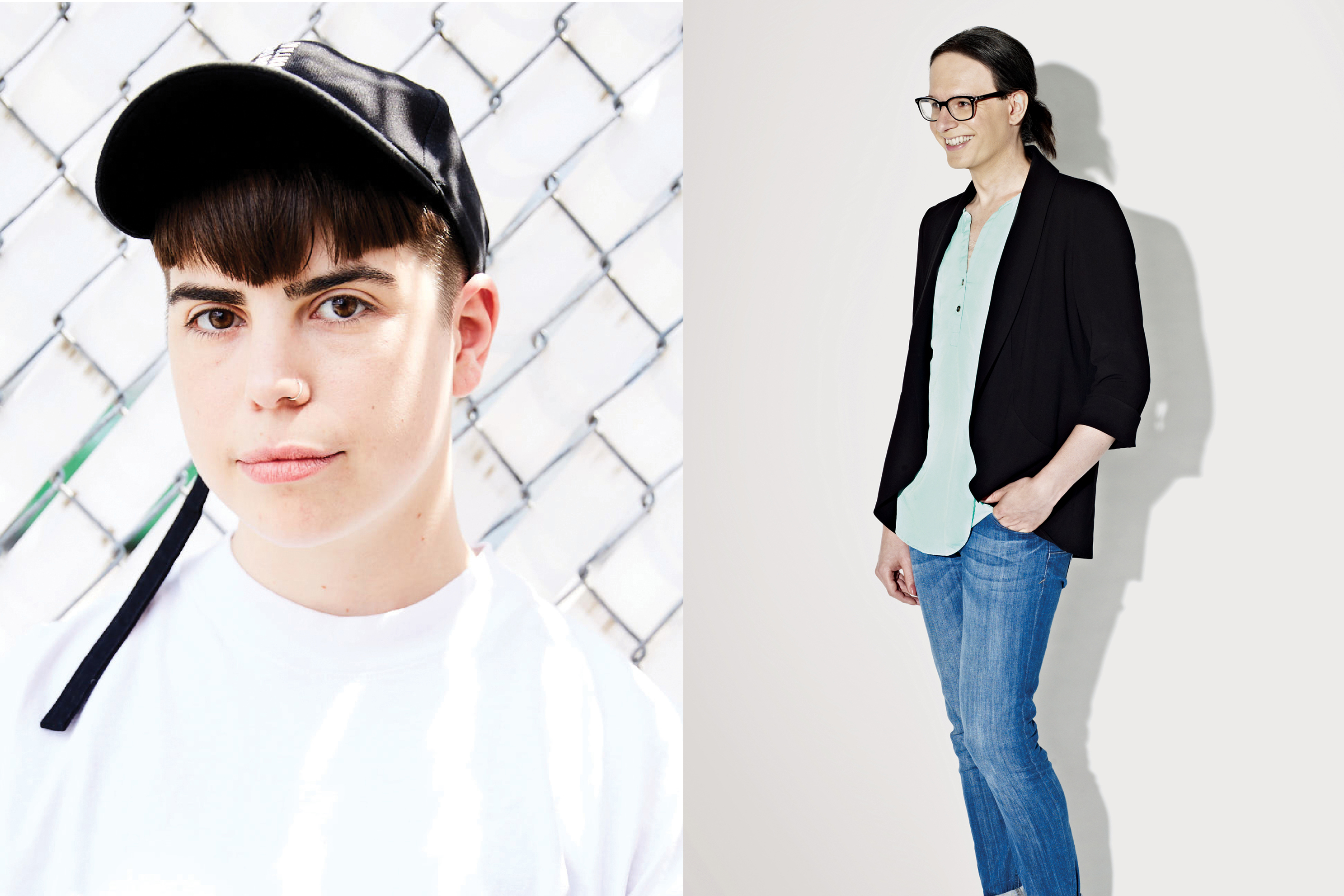 Outcomes are almost always better when executives take on more of the bureaucratic and emotional labor that nonbinary people usually have to handle on their own. Both Desormeaux and Bergeron worked with managers that brought up gender identity without prompting.

At Virtue, the new hire paperwork asked Desormeaux for pronouns as a matter of course. And at their first agency, the head of Desormeaux’s department asked for their pronouns. “I don’t know what clues were given, but at that time I was planning to do a full medical transition, so I told her ‘he/him.’ And then everybody switched the pronouns they used.”

At Cossette in 2013, human resources told Bergeron, “‘We understand you’re going through a transition, so we will help you no matter what happens.’ They see me bounce back over and over again” when medication makes her weak or sick, she says. “They see it as a sign of strength.”

Feedback from nonbinary employees is useful if leaders view it as critique rather than criticism. “In incredibly liberal, creative groups like this, it’s hard for people to assume that they can still be at fault,” says Nina Kossoff (they/them/she/her), a nonbinary senior strategist at Matter Unlimited. “On the other side, you have people who are too afraid to bring up inequality because they fear for their own job security.”

Supportive leadership can also help mitigate or prevent the fallout from societal discrimination and gender norms. When Meyer’s manager asked them to take on more client meetings, they felt “a little scared about it, to be honest.”

It’s hard enough to navigate gender identity at work. “What if we lose an account because somebody doesn’t like the fact that I tried to correct them?” Meyer says. The manager told Meyer it “‘makes me feel so sad to know that you’re going to limit yourself in your career because of this.’ And she said obviously it’s not my fault but she wishes this didn’t have to be a problem for me,” Meyer says. “I also wish that.”

The real work of making space for trans and nonbinary people must ultimately fall to leadership, for they are the ones with the power to push back against unreasonable clients and silence in-house critics. For people of color, women and LGBTQ industry folk, there’s long been an effort to increase diversity at the top levels, which increases representation at all lower levels of employment.

But that’s a bigger lift for nonbinary people. For one, there are just fewer in the industry, though exact numbers aren’t available. The Equal Employment Opportunity Commission doesn’t yet count nonbinary as a separate category from male or female. And organized moves toward inclusion began more recently. That means trans and nonbinary people often see fewer people like themselves in leadership and have a harder time finding people in charge who intimately understand the workplace challenges they face.

Kossoff looks for them anyway. When job hunting earlier this year, “If I was interviewing and I just kept talking to all white people or all men, then I knew that that was not necessarily a place that felt comfortable for me,” says Kossoff, who is half Filipino and half Jewish. “It’s such a deeply white industry. It’s a much harder uphill battle if there’s no one who checks some of the boxes you do as well.”

Having more than one marginalized identity is “50 times harder,” says Desormeaux, who is African-American. “It’s hard for me to talk about gender without talking about race.” At times, they say, spending time making sure people used the right pronouns meant spending less time on expressing their identity as a black New Yorker, or even as a strategist at the agency.

A well-intentioned focus on gender inequality in the wake of the #MeToo movement has also had unintended consequences. “In some ways, it just doubles down on the binary,” Kossoff says. “A 50/50 ratio doesn’t leave any room for other genders or to even broach the conversation of other genders.” 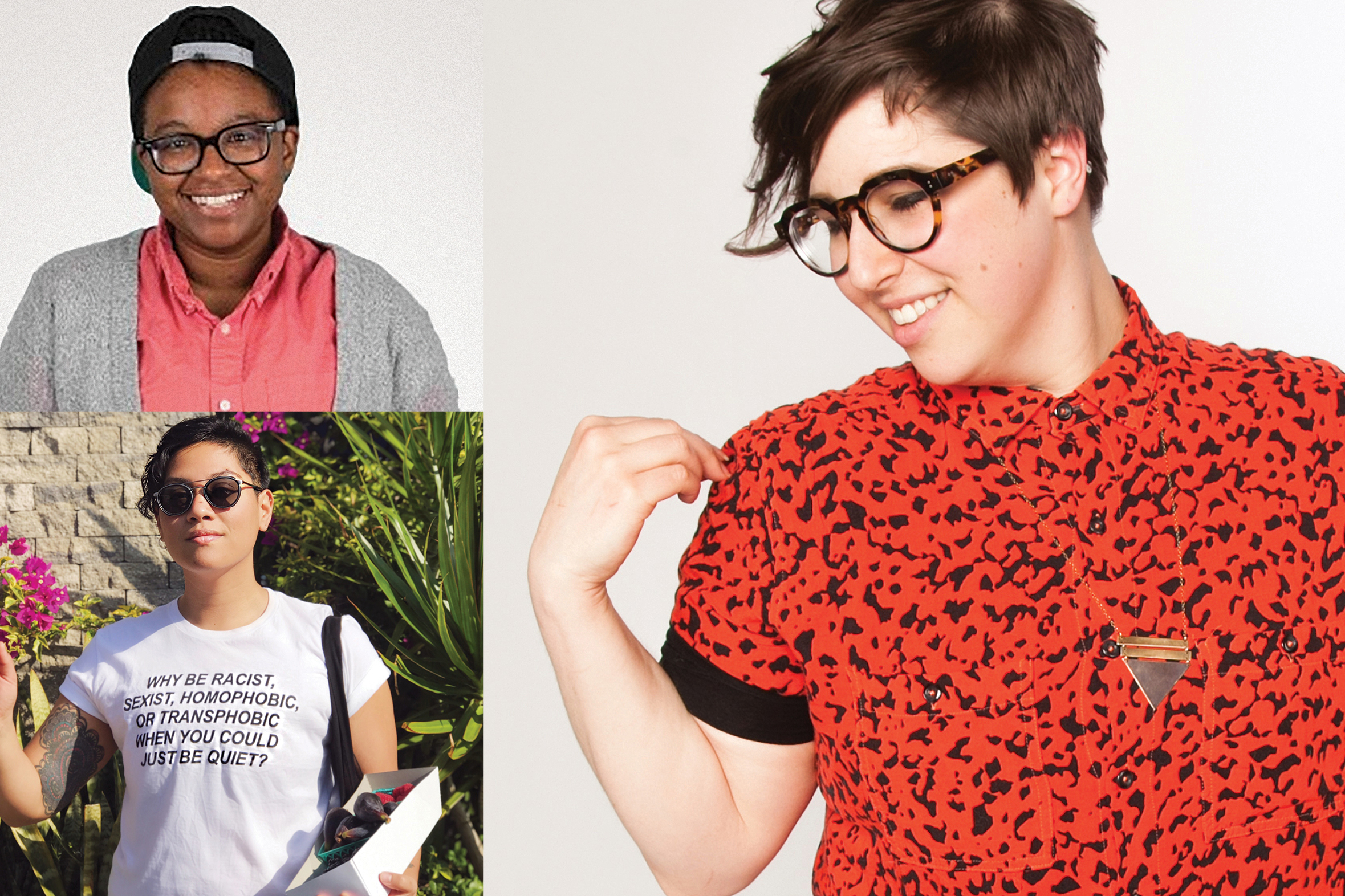 Nonbinary people need to be careful about how much energy they commit to standing up for recognition, because it can be a never-ending task. “Prepare to do emotional labor every single day, because that’s what it entails,” says Mendelson. “Every time you go out with your coworkers after work, prepare to educate at the bar. Every party, every moment, all the time. It is straight-up an unfair burden.”

But sometimes there’s no way to avoid that burden, only lessen it. “Now when I get misgendered in a meeting, it only bothers me for like 20 minutes,” Meyer says.

“There are definitely times where it doesn’t matter if I choose silence or speaking out,” adds Desormeaux, demonstrating the emotional calculus trans and nonbinary people often work through when figuring out how to navigate gender and identity at work. “They are both very laborious tasks for me. But me speaking up might get people upset and distract them from the work. Me being silent is only really hard for me.”

As for Bergeron, it isn’t work that causes the most stress, but real life. These days, the ad world is a relative respite. There, she’s “totally normal,” though she admits that wouldn’t have been the case even four years ago. “It leaves my head spinning because it’s a wonderful thing, it’s a beautiful thing, but it’s weird,” she says.

“I work where there’s tremendous acceptance and yet, when I’m walking down the street the rest of my day, my neighbors don’t speak to me. I live in parallel worlds, where some parts of the world are ahead, and some parts are still in the past.”