How Clorox unplugged sales for Liquid-Plumr 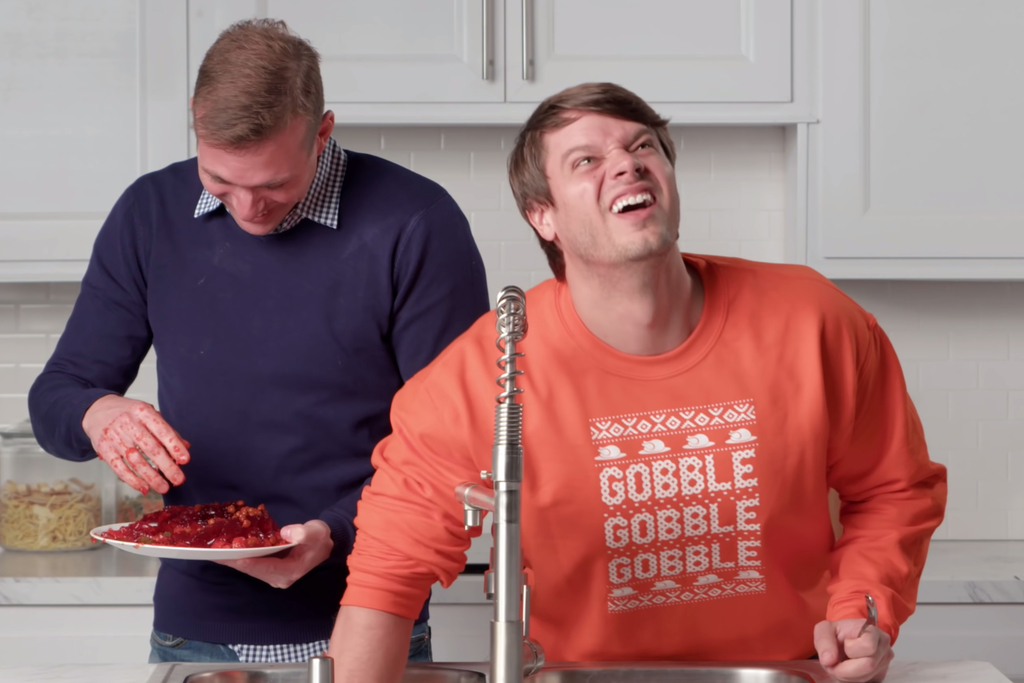 Clorox Co.’s Liquid-Plumr drain cleaner foundered for years, with declining sales and share, no real differentiation from competitor SC Johnson’s Drano, and less than a fifth of its rival’s brand awareness. It hired FCB in 2016 as part of an overall Clorox agency review, but the first campaign in 2017 didn’t move the needle and was quickly abandoned.

So in 2018, Liquid-Plumr turned to Reach Agency, a shop specializing in social video, which contacted YouTube creators Vat19 with the idea to apply the widely used “Will It ...?” social video meme to Liquid-Plumr. The results were outstanding, producing 20 million organic YouTube views to date in addition to fueling a broader paid-media campaign. Liquid-Plumr’s sales and share grew for the first time since 2015.

“It was not initially intended to be the centerpiece of our marketing,” says Magnus Jonsson, global VP of brand engagement and U.S. VP of the cleaning division at Clorox. “We had additional campaigns lined up. But as we started to see the work, we began to feel something. It was unique creative content we felt would resonate with the target. We started to shift all of our investment over to support the work that was developed by Vat19.”

Liquid-Plumr had no unique claims, and Drano had five times greater brand awareness. “We found ourselves in a bit of a clog,” says Jonsson. “The business was stable, but we were unable to find a way to accelerate growth.”

Perhaps the brand’s most memorable advertising was in 2012—a cringe-worthy campaign for its “Double Impact” clog remover from old agency DDB San Francisco—in which a woman fantasizes about two plumbers clearing a clog by “snaking her drain” and “flushing her pipe.” FCB, which arrived in 2016 after the parent company’s broader agency review, also went the naughty route in 2017 with an extended joke about plumbers’ pants, showing people baring butt cracks before offering the tagline: “There’s a little Plumr in all of us.” That campaign didn’t work and was dropped.

“The true enemy we were fighting was complete consumer indifference,” Jonsson says. “With millennials, we had an audience that doesn’t like to be advertised to, so we had to develop less-obvious advertising.”

By 2018, FCB had a new strategy for Liquid-Plumr around the concept of “nothing tougher.” The question was how to bring it to life.

Clorox had success in early 2018 working with influencers Inanna Sarkis and Tianne and Heaven King in a campaign that Reach helped create. The influencers performed “cleaning dances” around a #MyCleanMoves campaign for Pine Sol cleaner, drawing millions of organic views.

To find other creators who could make social videos for its brands, Clorox worked with Google, where the company met Bryan Clurman. A former Google brand marketing and media specialist working on YouTube with Clorox and other brands, Clurman moved across San Francisco Bay to work in brand marketing at Oakland-based Clorox in January 2018. He brought experience analyzing what works and what doesn’t for brands on YouTube, and a desire to apply what he learned in depth on a specific brand.

For Clurman, one inspiration came when he saw a large orange Land Rover parked illegally in front of his garage. He realized the vehicle appealed even to people driving in the relative safety of the Bay Area, because of its reputation for handling the extreme. That made him wonder if Liquid-Plumr could handle the extreme, and how video could bring that to life.

While Clorox knew it wanted to work with influencers, it wasn’t clear whether it would be with “macro influencers,” who generally come up with their own ideas for sponsored videos, or smaller-
audience “micro influencers,” where the brand or its agency usually arrive with an idea, says David Kellis, director of marketing communications at Clorox.

So Reach came up with some ideas, one of which was “Will It Clog?”—an offshoot of a video genre made popular by Blendtec blenders and its long-running “Will It Blend?” series. The idea itself was a mix of FCB’s “nothing tougher” positioning and Clurman’s notion of extreme situations.

The next task was finding the right influencer. Creative and production costs of working with influencers were low enough that Liquid-Plumr could afford to try two options: Vat19 and HellthyJunkFood. Vat19 is an online store run by two video producers with a long history of making spots to promote the products they sell in addition to sponsored videos for other brands. Its YouTube channel had 5.6 million subscribers at the time of the deal. HellthyJunkFood, with approximately 2 million subscribers, is the brainchild of a pair of hosts who make giant recreations of junk food dishes.

In September 2018, HellthyJunkFood made a giant lava cake and stuffed it into a sink to see if Liquid-Plumr could unclog it. Vat19 tried a variety of even weirder clogs, including an array of chocolates, a giant wad of bacon and bacon grease, a 2.5-pound hamburger patty, a fried-chicken-and-meat-stick combo and a wad of human and dog hair mixed with toothpaste. The winner became obvious pretty quickly. The original five-minute “Will It Clog?” spot, a sponsored video clearly and extensively labeled by Vat19 and Clorox as branded content, started trending on YouTube, with 7.3 million views to date. HellthyJunkFood didn’t do badly, with nearly 1.5 million views for its original 10-minute video, but Clorox concentrated its efforts on Vat19.

“We knew from the beginning this wasn’t just going to be an influencer video,” says Gabe Gordon, co-founder and managing partner of Reach. “We knew we were creating content for an integrated campaign, so that made the consideration set a little wider. We needed audience engagement and performance, but we also needed someone who would collaborate with us.”

The original Vat19 Liquid-Plumr video, with a giant bacon clog as its crowning challenge, was timed to break on National Bacon Day, Dec. 30. Subsequent videos have been tied to Halloween (candy), Thanksgiving (a mishmash of leftovers), Christmas (fruitcake) and other seasonal clogs. Although it now looks like part of a mapped-out strategy, the entire effort was an experiment, says Clurman.

What quickly made Vat19’s work into more than an experiment were the instant results, which included more than 3 million organic views during its first weekend and hitting No. 11 among YouTube’s trending videos. “A top-trending video for a sponsored drain cleaner video was a wow moment,” Clurman says.

But the results soon went way beyond video views. The impact on Liquid-Plumr sales started showing up, too, and was relatively easy to measure because the brand wasn’t doing much other marketing. Liquid-Plumr had been putting very little into media since FCB’s “butt crack” ads ran from May 2017 to March 2018, with a total of nearly $13 million in spending during that period and almost nothing since on TV, per iSpot.tv. By late 2018, “Will It Clog?” helped Liquid-Plumr return to sales growth for the first time since 2015 and later erased its share decline from the 2015-2017 period.

The positive sales and share trends continued for almost all of 2019, per the Nielsen data, though they did begin to level off late in the year. However, the brand has held its prior gains despite a price increase necessitated by rising commodity costs that wasn’t immediately matched by competitors.

Influencer marketing is still relatively new, but what worked with Vat19 and “Will It Clog” hearkens back to some pretty basic packaged-goods marketing.

“In its very purest form, this is a product demo,” Jonsson says. “But the way that it’s being brought to life, leveraging the ‘Will It ...?’ trend on YouTube and leveraging influencers who understand what their audiences are interested in, collaborating with us to develop content approved by legal and R&D, has been the magic formula for us.”

While the videos are original, they play into an existing trend using talent that had applied it before. “I think that’s a lesson learned for us and other marketers,” Clurman says, noting the importance of “understanding what kind of content is drawing interest from consumers and developing that. It still has to work authentically for the brand and fit in with the tonality.”

It might help that Vat19’s partners are also at their heart ad creators. Many so-called influencers are subject-matter experts, entertainers or regular people making engaging videos about what they do or know best. But Vat19’s roots are in making videos to promote products sold at its store, Vat19.com. Founder Jamie Salvatori was a St. Louis-based video producer who started the Vat19 store and the YouTube channel in 2007, ultimately taking on Matthew Baptista, a senior manager of talent partnerships at Studio71, as a partner.

Salvatori says Vat19’s e-commerce operations still account for most of its revenue, though outside sponsorships like the Clorox deal or a “Will It Rip?” sponsored video for Procter & Gamble Co.’s Charmin—which has drawn almost 5 million views since March 2019—delivers much higher margins, as does YouTube advertising that runs as pre-roll even on many of its sponsored posts.

Besides being entertaining, the Liquid-Plumr demos aim for authenticity. So Clorox research and development specifically looks for clogs that won’t be eliminated by Liquid-Plumr, such as fruitcake. “If we come up with an idea [for a clog], we have to go to our lab to see if it works, because if it doesn’t work, the rules are the same as for TV,” says Clorox’s Kellis. “Something I pushed, because of my PR background, was that it’s OK to show that, because I felt that would show drama and authenticity. ”

In the wake of the success of “Will It Clog?” Clorox has also begun using more influencers, not just for Liquid-Plumr but companywide.

Liquid-Plumr has done three waves of videos now with Vat19. For the most recent wave, which broke in November, Clorox also brought in another influencer group, How Ridiculous of Australia, which has a large U.S. following and helps the brand reach a slightly different audience.  “We’ve always had a bit of flex in our model,” Clurman says.

Glad, Brita and Burt’s Bees all are leaning on work developed with influencers, and Clorox has created a playbook for how brands should work with them.

This would seem to have negative implications for traditional ad agencies, but Clurman says they will continue to have a role.

“Traditional creative agencies will still develop what we call feature-film content for us that conveys the purpose of our brands and communicates our innovations,” Clurman says. “But it needs to be balanced with content that’s being discovered by consumers and is perceived as more authentic and less obvious as being advertised to them.”