Why Online Shopping Is Causing a Rise in Dog Attacks

Mail Carriers Paying Price for Convenience, With Incidents Jumping 14% to 6,549 in 2015
READ THIS NEXT
Verizon Media rolls out identity-free ad-targeting alternative 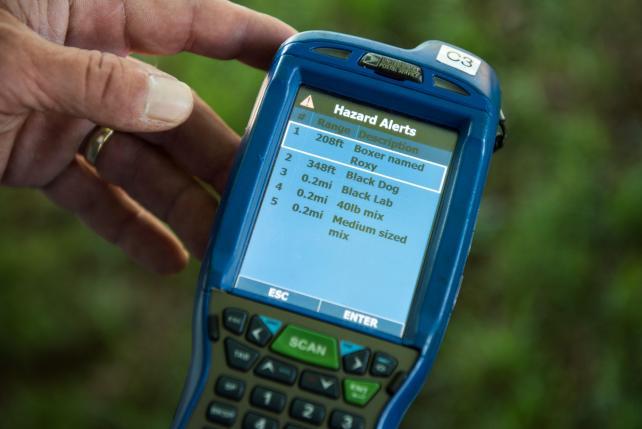 Online retailers like Amazon.com have made it possible to get books, high heels, laptops and groceries delivered to your doorstep after work and even on Sundays.

But carriers at the U.S. Postal Service pay a price for such convenience: they're getting bitten by dogs.

"Dogs view mailmen as trespassers invading their space," said Michael Micali, who has walked the same route in Flemington, New Jersey, for 25 years. "Let's face it: a dog doesn't have much to do all day if the house is empty but to sleep and wait for the mailman who comes around the same time each day."

The reason is the "double-digit increase" in packages from online retailers, USPS spokesman George Flood said. The postal service delivered 4.5 billion packages last year, up from 3.3 billion in 2011, as it reinvents itself as e-commerce shoppers' delivery method of choice after old-fashioned mail fell victim to e-mail. To keep up, it's shifted service to weekends and evenings when people are more often at home and able to sign for their orders -- increasing the odds a dog will attack.

So the postal service added a new feature to the hand-held devices used to scan packages: "Trip Hazards," to warn of pitfalls along a route -- unsafe steps, ice, downed wires and vicious dogs.

Trip Hazards was rolled out on May 13, ahead of National Dog Bite Prevention Week. It's available on every mobile delivery device, and Delivery Strategy and Planning Manager Scott Hooper said 160,000 entries have been logged into the database. It's a work in progress -- some noted every dog on their routes, even the cuddly ones.

"We're looking for places where carriers have a danger," Mr. Hooper said. And surly dogs aren't the only animal threat. "Some places have wild turkeys that go after carriers, so those are in there."

Before, carriers used red cards to warn of threatening dogs. The new feature is better "by a long shot," Mr. Hooper said. "This new system eliminates that manual process."

United Parcel Service has about 900 dog bites a year, a number that's held steady for five years. With about 100,000 drivers on the street, "that is obviously less than one percent of our folks incurring a bite," spokesman Dan McMackin said. A FedEx spokesman declined to comment.

Mr. McMackin speculated that UPS drivers don't stop as often as postal carriers and they tend pull in front of a home rather than parking at the end of the block and walking through the neighborhood. If a dog threatens, "the ones who are on foot have nowhere to go for the most part," he said. "Our folks can get back into their vehicles for safety."

And USPS is eating into their e-commerce market share. The Postal Service handles as much as 40% of Amazon's packages, according to Sanford C. Bernstein analyst David Vernon, who tracks the shipping industry. UPS and FedEx deliver 30 to 40%, down from 60 to 70% in 2012.

The Insurance Information Institute cites "the surge in U.S. post office worker attacks, many of which take place at the customer's door," as a reason average costs per dog-bite claim rose 16% in 2015.

Mr. Micali experienced this firsthand -- his only bite was on a customer's porch. On a sweltering hot July day 20 years ago, when an Airedale terrier's owner couldn't restrain the pet. The dog sunk its teeth into Mr. Micali's hand, requiring stitches.

"Far too often, the case is actually that the postal worker is bitten with the owner present," State Farm spokeswoman Heather Paul said. "Dogs are dogs, and that is their territory."

Mr. Micali has a procedure for dealing with bad dogs along his route: mailbag in front of his torso and his free hand on a can of "Back Off," a dog repellent made especially for postal workers with cayenne pepper extract.

"A dog will only go for the first thing in front of it," said Mr. Micali, a 61-year-old in standard-issue mailman garb: a postal service cap, light-blue short-sleeved shirt tucked into navy shorts and sensible black shoes. "When I deliver to a house where 'bad Fido' lives, I pay extra attention to the surroundings, especially when I don't hear barking coming from inside the house."

Last summer a boxer named Roxy lunged at him and Mr. Micali was ready, pulling his mail bag in front of him and unloading the dog spray. "I felt like a gladiator," he said.

Now his mobile device lights up as potential threats loom. It starts dinging when the hazard is 200 feet away and a robotic voice continues issuing warnings as Mr. Micali gets closer.

Mr. Micali said the feature isn't crucial for him -- he's walked the same route so long that he knows the five bad dogs along the way. But for a relief carrier filling in for him, it may prove invaluable, flagging hazards along the way he knows to steer clear of.

There haven't been any dog bites in Flemington in recent years. Another carrier, Marcial Rodriguez, said small dogs are more vicious, recalling an instance about a dozen years ago as he delivered a certified letter. A beagle "busted through the screen door" and bit him on the inner thigh. "Beagles don't let go," he said. "This dog was mad as hell."

Despite it all Mr. Micali remains a dog lover, with a photo of his pup -- a small white and brown terrier mix named Otto -- on his desk at work. He also keeps a stash of treats in his satchel for good dogs along his route, and to befriend new arrivals.

"Some remained friendly," he said. "Others, not so friendly."